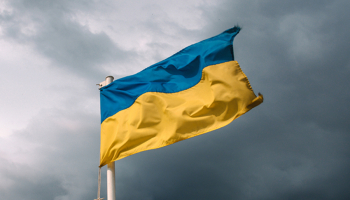 Intesa Sanpaolo, Italy’s largest bank, said that it is going to continue to support banking customers in Ukraine through its Ukranian subsidiary Pravex Bank.

Rather than closing branches, the bank said it is opening branches in order to help Ukrainians with essential services in safe areas. The bank previously had more than 700 employees and branches in every major city in Ukraine.

A bank spokesperson said that the bank is opening part of its branches in the western part of Ukraine where people are leaving the areas under direct attack, and are in need of financial access to personal accounts. Intesa is raising money in surrounding countries to help displaced Ukrainians, and also to allow access to ATMs despite a dramatic increase in need.

The bank is a great example of how complicated this war is for the banking industry, as it also has a presence in Russia. In fact, the bank actually has more staff in Russia than in Ukraine, and is the primary bank between Russian and Italian transactions. In addition, it has even more exposure to risk as it is in the surrounding countries such as Moldova where some analysts fear Russia has its eye on as well.

The bank is conducting a strategic review for the region. The bank’s other subsidiaries are mobilizing in places such as Hungary and the Czech Republic to help displaced Ukrainians.

Banks across the world will need to reassess crisis management contingencies, as well as public relations issues.

Banks with Russian business customers will continue to be under scrutiny for the foreseeable future, and risk exposure to potential cyberattacks is on the rise.