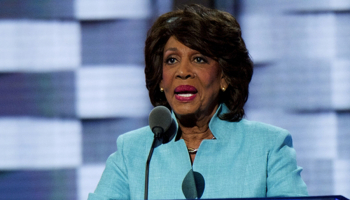 US state bankers’ associations have written a joint letter calling on Congress to oppose the “latest, unnecessary effort” to expand the credit union charter, HR 7003, on the basis it will “not deliver expanded access” to financial services for underserved communities.

The letter was written by Maxine Waters, chairwoman of the Committee on Financial Services at the US House of Representatives and ranking member Patrick McHenry.

They wrote that community credit unions can already choose to serve underserved areas if they identify a need.

“What H.R. 7003 seems to provide, however, is the ability for credit unions to expand out-of-market, a reality that the credit union lobby has attempted to obfuscate in this debate. Congress should not help facilitate tax-exempt regional or national banks,” Waters and McHenry said.

They also wrote that the legislation creates a major new loophole in the credit union business lending cap, adding that “although NCUA has made the cap functionally irrelevant through regulation, legislative proposals to change this important limitation have long been among the most controversial issues in financial services”.

In the letter, Waters and McHenry, who have written on behalf of state bankers associations from every state in the country, suggest that HR 7003, The Expanding Financial Access for Underserved Communities Act, also “completely ignores the glaring need for community credit unions to have the accountability of Community Reinvestment Act requirements”.

According to the letter, there is “growing evidence” that credit unions are choosing to serve affluent consumers over the “small means” individuals that Waters and McHenry say “Congress gave them a mission and substantial tax advantage to serve”.