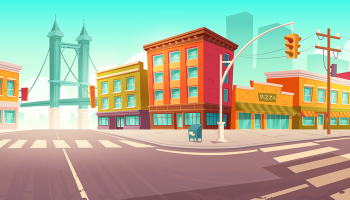 Community banks may be missing out on a key opportunity to reinvest their capital gains and help boost development in underserved communities through the Opportunity Zone (OZ) program — all while receiving Community Reinvestment Act (CRA) credits.

But a lack of awareness about their ability to make such investments has left significant opportunity on the table. For instance, the tax benefits derived from an OZ equity investment may drive returns that exceeds typical yields for programs that account for most of banks’ CRA credits, like the New Market Tax Credit (NMTC) and the Low-Income Housing Tax Credit (LIHTC). Newly proposed CRA reforms that aim to expand assessment areas and provide more regulatory consistency should, if passed, only make OZ investments more attractive in this respect.

Banks and the people they serve won’t be the only benefactors, however. Linking OZs and the CRA can help OZs reach their impact potential by spreading capital to more of its census-designated tracts, as well as offer opportunities to further support community banks with OZ deposits — deposits which, in turn, can catalyze even more impact in some of the country’s hardest hit communities.

The CRA and OZs: a brief primer

The CRA and OZs are a natural fit — but not enough stakeholders are aware of it.

Passed in 1977, the CRA intends to “encourage depository institutions to help meet the credit needs of the communities in which they operate, including low- and moderate-income neighborhoods.” Banks are scored on how well they serve these communities, and may receive credit for a range of lending activities. An estimated 85 percent of LIHTC investment is made by CRA-motivated banks, for example, as is nearly 100 percent of NMTC investment.

Like these economic development tools, the OZ program, which incentivizes people to invest their capital gains into underserved communities, is clearly aligned with the CRA’s aims. A 2021 report by the Government Accountability Office found, for instance, that “census tracts chosen for OZ designation are generally well-targeted, have lower incomes than other eligible but not selected tracts, and represent places with higher shares of minority residents.” The average poverty rate in OZs is 25 percent — nearly double the national average.

Yet unlike these tools, OZ investments may offer higher returns and are already having more of an impact: in 2019, over 1,300 census tracts received OZ investment, while the NMTC reached only 400; meanwhile, a joint investigation from NPR and PBS’s Frontline found, in 2017, that “LIHTC has produced fewer units than it did 20 years ago, though it’s costing taxpayers 66 percent more in tax credits.”

The opportunity for banks

Given the benefits of OZ investments — and with CRA reform on the horizon — now is the perfect time to educate community banks, OZ fund managers, regulators and investors about the possibilities of leveraging CRA credits to support OZ projects.

Like individuals, banks can use their own capital gains (e.g., via their asset-backed securities or real estate owned portfolios) to make equity investments in OZ projects. Depending on the nature of the bank (e.g., its reach and physical location), the investment, and the regulators involved (the Federal Reserve Board, the Federal Deposit Insurance Corporation, and the Office of the Comptroller of the Currency all play a role), a bank’s equity investment into OZs may qualify them for CRA credit — even if these investments are made into areas where the bank doesn’t have a physical presence.

For instance, two banks, one based in Texas and another in Northern Virginia, recently made equity investments into two of Redbrick LMD’s OZ funds in Washington, D.C. Their dollars will go towards development of a 757-unit multifamily building providing housing for a mix of incomes, as well as a medical office building and other neighborhood-serving retail in what has long been a retail, food, and medical desert.

One of these banks hadn’t known that making an OZ equity investment — with the potential for compelling risk-adjusted returns, social impact, and CRA credit that come with it — was possible. For more to get involved in such investments, they’ll need to understand the link between OZs and the CRA, the opportunities for investment outside their traditional CRA assessment areas, and how to best harvest the capital gains on their balance sheets. Proposed regulatory reforms that provide consistency and clarity across all three regulators and expands banks’ assessment areas may only widen the opportunities for investments in local communities across the US.

By law, investors have a 180-day window to invest in an OZ; when that window closes, it could take up to a year or more to ready the project and deploy the capital. This means that OZ fund managers tend to sit on a large amount of deposits for a significant amount of time.

They may do well to put this capital to work by sending their deposits to community banks who are hungry for the cash, can offer ample yield, and are well positioned to deploy it in areas where their local communities need it most. With the right fund administrator, fund managers may spread their deposits to a network of community banks with an appetite for impact investing and CRA-qualifying projects (including in OZs) and a need for deposits.

Whether a community bank is making an equity OZ investment or using OZ fund deposits to fuel CRA lending, the CRA and OZ may together promote a positive ecosystem of social impact investment — facilitated by the local financial institutions who know their communities best.

Reid Thomas is Chief Revenue Officer and Managing Director of JTC Americas, the North American division of JTC Group, where he is responsible for overseeing the day-to-day operations of the Specialty Financial Administration business unit.

Louis Dubin is a managing partner of Redbrick LMD. Louis has invested over $1 billion of equity in U.S. based real estate investments and acquisitions with a gross value of approximately $3 billion. He has completed over 30 real estate developments and investments, including land development, resort, residential for sale and rental, office, self-storage, and master planned communities.