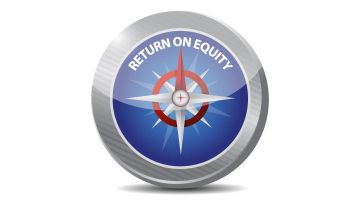 In recent years I’ve detected a strong inclination on the part of some bankers to consider the Return on Owners’ Equity ratio as the prime metric trumping all others in financial performance. This implies that the stockholders are supreme, and reign over all other stakeholders.

Certainly stockholders are the owners and ultimately the primary risk takers. But I want to speak against the absolutist notion that a higher ROE is always better.

You pay for what you get.

What’s the source of better ROE?

A high ROE this year, followed by a mediocre performance the next, could be a reliable sign of an increase in a variety of risk metrics ranging from credit to capital to operational types of risk.

Or let’s say the bank’s trade area experiences an overall weakness in economic activity (the C of Credit known as Conditions).

Then additional provisions will likely have to be made to the Allowance for Possible Loan Losses. This will result in one, or even a series of charges to income and will reduce the bank’s return on both assets and equity, all else being equal.

When we talk specifically about operational risk, I believe in the view that a banker manager’s goals should be: strong results of a series of performance ratios, say those that are in the upper quartile among the institution’s peers, together with regular almost predictable results of performance.

Anything less suggests a bank is not performing in a way that maximizes returns over time.

And an ROE that is highly variable period to period is not particularly valued by the shareholders.

Community bank investor Joshua Siegel has been known to say that community banks should be “boring”—simply consistent, nothing like growth companies.

Rake it in, give it back

Over a commercial banking career that’s spanned many years I’ve observed almost an entire industry that achieves strong results through the business cycle until conditions turn sour and then in one or two years, institutions “give back” many, if not all, of the gains nurtured through the earlier phase. This certainly happened to a large number of banks starting in 2008 through the worst of the Great Recession only recently ended.

If consistency is more highly valued than blazing results for short periods of time, then the bank must be managed in such a way that is less “opportunistic.” With the high degree of financial leverage on the balance sheets of commercial banks, our balance sheets have to be pristine or nearly so in the credit risk sense.

In other words, not all risks are for us.

Many community banks have historically been run by individuals seeking to maximize financial performance. We see this in several analytical ratios that measure liquidity, capital, and credit quality indicators.

How conservative, in relative terms, is the loan-to-deposit ratio, the equity multiplier, the loans-to-earning-assets and the earning-assets-total-assets ratios? How much of a capital cushion does the institution have?

Banks that appear to be “hot” in the analytical sense are those more likely to be at heightened probability of variable results—great one year to perhaps very disappointing (or worse) the next.

If a bunch of “cowboys” is running the bank, expect to see peer comparisons that maximize all of these comparison where “more is better” (with the exception of equity to assets).

One doesn’t get to “goose” ROE without a good shot of leverage too.

One of the strongest and most durable lessons of the Great Recession has been the hazards of excessive financial leverage.

My view on the Return on Equity ratio is that stockholders deserve our best. That means not only a strong return on equity but a consistently achievable one.

There’s another whole dimension to the discussion of whether the ROE should always be maximized as an objective” good.”  Any bank has many other constituencies or stakeholders such as employees, depositors, borrowers, vendors, examiners, and other creditors.

At any point in time, it’s not usual to have a tension between one or more of these stakeholders’ interests. It’s inevitable: Employees want higher pay; stockholders want higher dividends; customers want state-of-the-art service; and regulators want a vigorous efforts in such areas as compliance and loan review.

Any bank, or any company that matter, should be managed in such a way that considers the longer-term interests of each of these stakeholder groups. The normal tensions between examiners and bank managements in safety and soundness examinations is perhaps the best example of such tensions as well as an example of how ultimately healthy such tensions often are.

The following comes right out of The Wall Street Journal earlier this week. It graphically frames how extreme the tensions between owners and employees can sometimes be:

“In a second appearance at Stanford’s ‘Paths to Power’ class, Caesars Entertainment Chief Executive Gary Loveman told students that to keep the company afloat he had been forced to lay off 12,000 people, including single moms and cancer patients, and that it was now a challenge for him to be ‘emotionally normal’.”

Fortunately, most of us don’t have to confront such extremes very often. Yet how many of you had a ringside seat to some very tough management calls between 2009 and 2011?

We have to balance various interests that exist within all companies and do so with the long-term interests of everyone in mind. It’s not always easy—and seldom as simple as the “guys with swagger” imply.

More in this category: « Two cents on ten bucks Main Street without bandwidth »
back to top