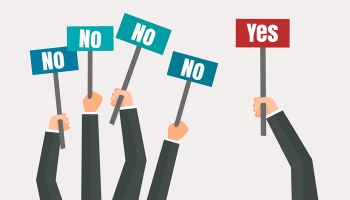 Community bankers and their advocates are amplifying criticism of a loan-loss rule that could cut into capital levels, hurt earnings and create complicated and costly new forecasting challenges for small lenders.

The Financial Accounting Standards Board recently approved a timeline for banks to implement its proposed Current Expected Credit Loss model—or CECL—setting the stage for the board to soon issue a finalized rule that banks will have to follow despite years of protest and counter-proposals.

Unhappiness over a done deal?

Though FASB voted to begin implementation in 2019, providing banks years to adapt to the rule, many say the change itself is fraught with problems and that lenders may never be able to fully comply.

Critics say CECL is unlikely to produce the improvements FASB envisions and, at the same time, could overwhelm small lenders with time-consuming and potentially fruitless forecasting work that few are equipped to handle.

Though small tweaks to the rule are possible between now and the end of the year, FASB's board "has settled on the [CECL] model," Klimek said. "For the most part, they've made their decision."

Currently, U.S. accounting rules require banks to use an "incurred loss" model, under which they set aside reserves when loans begin to sour or when losses appear likely. Advocates for change on FASB's board, however, have argued that the 2008 financial crisis proved that this approach is insufficient.

In the wake of the crisis, FASB officials have noted, many banks were quickly saddled with heavy loads of impaired loans and were forced to hastily ramp up reserves. This, the argument goes, showed that reserve levels tend to be too light in good economic times and then swing to being painfully heavy during dark periods under the incurred-loss model. In turn, bank investors find themselves blindsided and rightfully frustrated.

The accounting rules-maker in 2012 first started pushing the expected loss model. Using this approach, banks would forecast all potential losses for the expected life of a loan at origination. And, importantly, they would set aside reserves up front for those losses, giving investors a much earlier view of a loan's possible costs.

FASB Chairman Russell Golden said in a statement this week that the change "will bring greater transparency."

To be sure, some investors and bank analysts welcome the proposed change. Analyst Julianna Balicka of Keefe Bruyette & Woods, for one, said CECL "will be good for the financial industry since volatility of earnings should be reduced over a credit cycle."

And, Balicka added in an October report, it will bolster Wall Street's collective understanding of banks' loan books via "more robust disclosures versus what is found in financial reports today."

But critics of the new rule say it is based on a false premise. At the heart of the issue: When banks make multi-year loans, they will be tasked with forecasting economic conditions years into the future — from unemployment levels to movements in real estate prices that could affect borrowers' ability to repay—a dubious job, both bankers and some economists say.

In an interview with SNL earlier this year, ClearView Economics President Ken Mayland said the CECL model "makes for a lot of wishful thinking." He added that FASB's argument for the change fails to account for the fact that a clear direction for the economy, over the course of years, is all but impossible to confidently predict.

As such, bankers say they could prove equally ineffective in forecasting losses on the lives of loans that span several years. Never mind, critics further posit, that unforeseeable natural disasters such as floods and hurricanes could further diminish any benefits of an expected-loss approach.

"You are basically looking into a crystal ball and trying to predict the future," Sound Financial Bancorp Inc. CFO Matthew Deines told SNL this week.

He said the intent behind FASB's planned change is positive—getting banks to think early and often about guarding against a downturn and, in doing so, better informing investors.

But Deines said that while the change would give investors more information earlier in the lending process, that information could ultimately prove inaccurate. "That does concern me," he said. "Are the results from this going to be useful?"

James Kendrick, vice-president of accounting and capital policy at the Independent Community Bankers of America, echoed that sentiment.

"You are never going to be able to get it just right," Kendrick told SNL after FASB's meeting this week. "You can never really win there."

Will CECL slurp up loan ability?

In the meantime, critics say, banks would have more of their capital flowing into loan-loss allowances and likely less of it backing loans, the biggest source of income for many. The impact is sure to vary from bank to bank depending on factors such as the typical duration and types of loans that they make most. But some predict a big financial hit to the sector overall.

Comptroller of the Currency Thomas Curry, for instance, has estimated that CECL could increase loan-loss reserves by 30% to 50% across the banking system.

Community bankers, especially, also are concerned about the costs they likely will have to cover to manage the new forecasting work.

"The other big fear is that it will be so complex that community banks won't be able to do it on their own" and will instead have to invest heavily in consultants to help them sort through the process, Kendrick said.

Megabanks such as JPMorgan Chase & Co. and Bank of America Corp. likely already have the staff in place to handle changes imposed by FASB. But many small banks, he said, will decide to throw in the towel and sell to larger players before taking on pricey new accounting challenges on top of the surge in regulatory compliance hurdles they have found themselves trying to clear since the crisis.

"It will further drive consolidation in the industry," Kendrick said. "At the end of the day, there will be even fewer lenders out there serving their communities."

In the years since FASB first floated CECL, bankers have both protested and responded with alternatives. The ICBA, for example, continues to tout a plan that would apply to banks under $10 billion in assets. It would allow these banks to continue to use an incurred loss model, only they would complement it with analyses of historical losses.

Using data from these analyses—either of a bank's own historical experiences or that of a peer group—lenders could recognize a portion of potential losses early in the life of a loan.

For instance, if a bank were to make a $500,000 farm-equipment loan in South Dakota and the historical loss rate on that size and type of loan in that market is 3%, with losses on average emerging in year four in the life of such loans, then the bank could begin to reserve toward an average loss rate prior to the four-year mark.

But Kendrick said FASB appears intent on implementing CECL in 2016. "We don't anticipate they will make any further changes," he said.

Kevin Dobbs is a senior reporter and columnist for SNL Financial. The views and opinions expressed in this piece represent those of the author or his sources and not necessarily those of SNL. Share your thoughts at [email protected] Follow on Twitter @Kevin1Dobbs

Earlier articles you may want to read: