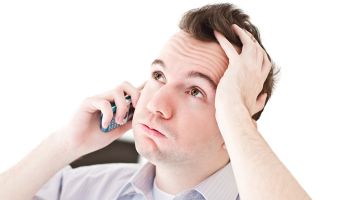 The following guest blog originally appeared on The Financial Brand and appears with the permission of Ron Shevlin, the author of the “Snarketing 2.0” blog there. He is a senior analyst at Aite Group.

Ask 100 bank and credit union CEOs what differentiates their firm, and 75 will say “our superior service,” 20 will say “our people,” and 5 will give you totally incomprehensible answers. (I have a good idea who those five banks are, but this post isn’t worth getting into trouble for.)

Sadly, 95 of the 100 are deceiving themselves. (Oddly enough, it’s the 5 with the incomprehensible answers who are closest to the truth.)

I never did understand the “superior service” claim. It’s like saying “We’re really good at fixing our mistakes.” I don’t want a bank (or credit union) that’s good at fixing its mistakes.

I want a bank that doesn’t make mistakes.

I’m not alone—but not everyone is my group.

Consumer research I did a number of years ago led me to believe that there are three segments of banking customers, differentiated by what they value most from their bank. (Please note that all three groups value to some extent what each of the other group value the most.)

One group values human contact the most. These consumers are mostly older (average age is greater than 60). They want somebody to talk to. Good for them. The last thing I want is to have to talk to someone.

The second group—who, on average, is younger than the general population, and has slightly lower-than-average income—values advice and guidance the most. They need help managing their financial lives, and what they value most from their bank or credit union is that help—if they get it at all, that is. Good for them. My wife and I don’t need it.

The third group–the one I belong to–is highly educated, and earns well above the average.

What we value most from our banks is competency. We don’t want to talk to them, we don’t want help—we simply want them to not screw up.

Apparently, that’s too much to ask for.

A while back, I received a $50 check from my bank. No explanation for why they sent it. My wife said  “Don’t cash it—you’ll probably be agreeing to something ridiculous if you do. Call them and find out what the check is about.”

Told the call center rep I had received the check and asked why.

She put me on hold, and then came back a minute later and said, “Apparently, we incorrectly charged our custody accounts a $50 fee, and the check is a refund on that fee.”

I thought “but I was never hit with a $50 fee.” Before I could finish that thought, the woman said “but oh dear … I see that we never charged you that fee. What I can do is go ahead and charge you the fee, and you can cash the check.”

And I cashed the check the next day.

The kicker: About a week later, we had a CD or something that matured that we parked in our checking account until we could figure out what to do with it. This triggered a note to our relationship manager—or I should say “one” of our relationship managers, since they change every three months—who called to ask if we wanted to come in and talk about ways we could invest the money.

Just kidding. I said “No thanks.”

Fast forward to this month.

My wife estimates that she has spent close to 10 hours on the phone so far this month with one of our brokerages, and is up to the SIXTH person she’s had to talk to.

Here’s what happened: How she came to figure this out, I don’t know, but in reviewing our statements over the past few months, she noticed that the amount of interest that has accrued on our account—shown at the bottom of the statement—has actually never been added to the account.

She went back through THREE years of statements and found that this been happening for years.

The first rep she talked to couldn’t answer why this was happening. Neither could the second. The third rep came back and said that interest shouldn’t have been accruing to the account in the first place.

The fourth rep—a supervisor—said he would get to the bottom of it, but after some time, he said he couldn’t figure out what was happening or why it was happening, and referred my wife further up the line to his manager.

We’re not talking about a huge amount of money here, but the amount isn’t the point. How in the world could this happen? Why can’t anybody at this company figure out why it’s happening?

This is not a small, fly-by-night company. (I am not going to name it publicly.) There are two things I can’t help but wonder about here:

• How much has it already cost this company in customer service costs to research and address this effort? I’d bet it far exceeds the amount of interest we’ve accrued that isn’t getting added to the account.

• How many other customers have the same problem? Maybe it is worth the cost to the brokerage to figure out what’s going for our piddly-little account, when there is potentially millions of dollars across thousands of accounts that have not been properly accounted for.

So, my delusional little bank and credit union friends, go ahead and deceive yourselves into thinking that you provide superior service or that your “people” differentiate you.

My jaded experience tells me that the level of incompetency in many financial institutions is mind-boggling.

Ron Shevlin is a senior analyst at Aite Group, a Boston-based research and advisory firm serving the financial services industry. He is a frequent speaker at industry events and bank and credit union strategic planning sessions. He has recently published his latest book, Smarter Bank: Why Money Management is More Important than Money Movement to Banks and Credit Unions.

More in this category: « Subtle sells Is your bank like “Downton Abbey”? »
back to top