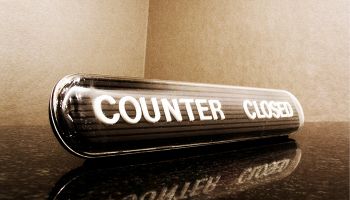 Author Brett King is the keynote speaker at the Banking Exchange InnoBank 2015 conference, May 27-28, in Atlanta. The program will cover disruption, and how banks can not only cope with it, but find opportunities on their own and through partnerships.

In the recent report from FDIC: “Brick-and-Mortar Banking Remains Prevalent in an Increasingly Virtual World” the consensus is that branches are here to stay, at least for the time being, and that there is little sign of a downturn.

There are some serious flaws in FDIC’s research. These gaps will come back and hurt banks that do any long-term planning based on FDIC's report.

The report is derived mostly by taking the FDIC's own data on branches (called “offices” in the report) and comparing it with economic cycles, historical events that changed branch networks, and general real-estate activity. While this does show long-term trends and data from an FDIC measurement perspective, the most concerning issue is the data that the FDIC does not refer to which might influence branch dynamics in the medium-term.

In the report FDIC concludes that online and mobile banking, while clearly now the primary day-to-day methods of banking and increasing readily in utilization, have not had a short-term impact on the number of branches in the United States.

FDIC concludes that there has been a modest decline in branches, but nothing to be concerned about. The conclusion is that the recent decline in branch activity is just as likely to be the outcome of the economic crisis as it is any other factor.

However, one paragraph in the report stands out because of the fact that FDIC doesn't posit a theory as to what these changes mean for branches. The agency position is clear overall that it has yet to impact branches, but that is not surprising given the way real-estate contracts and long-term network planning is done. Here's the paragraph:

"The cumulative effect of these new technologies has been a decline in the number of transactions taking place at physical banking offices. One study shows that the average number of teller transactions per office declined by 45 percent between 1992 and 2013, from 11,700 transactions per month to 6,400. Using a credit or debit card has become more common than writing a check. According to Federal Reserve data, paper checks accounted for only 15 percent of non-cash payments in 2012, down from 46 percent in 2003."

So here is the research gap: Teller transactions and check transactions have plummeted in-branch, but there is no discernable effect on branch numbers. With a 45% decline in transactional activity and a 68% decline in check use, there has been virtually no impact on branch activity, according to FDIC.

Here's the thing: What FDIC suggests is frankly statistically impossible.

It either means that something else is happening at those branches that has made them increasingly viable between 1990-2015—or that FDIC simply hasn't yet found anything to suggest that this decrease in activity is impacting branch networks.

This is the FDIC's set up to their answer to this conflict in the data:

Branch density—does it really matter in this debate?

FDIC's answer to this conundrum? The statistic the agency falls back on is branch density. The agency’s suggestion is simple. If technology was changing branch utilization, then branch density would be falling. But given that they've already demonstrated it is minimally declining, the study is a fait accompli at this stage.

FDIC does conclude that the largest 50 banks in the US have pared back their branch networks, but the agency attributes that to the financial crisis, and not the fact that larger networks might be more sensitive to changes in customer behavior or utilization of branch networks.

The other reason they attribute the slowdown in new branches? Fewer charters being approved.

So what measure would realistically show (as a leading indicator) that online or mobile is having an impact on the viability of branch networks?

There's only one metric that matters and it isn't transactional activity or branch density.

But it is something that FDIC simply doesn't measure:

Other bank and regulatory bodies around the world are now starting to take notice of this number in a big way. FinansNorge (Finance Norway) has been measuring this data since 1995, when branch visits were at 24.5 times per year. In 2016, FinansNorge estimates that the average Northern European will visit a branch only 1.3 times per year.

Two of the top four U.S . banks in the US by their own internal estimates peg that number in the US at somewhere between 1.8-2.3 times per year in 2015. FinansNorge came to the conclusion that this activity would decrease branch density by 40% in Northern Europe.

So how can FDIC explain that the U.S. branch network today can sustain a 90% decrease in annual visits to a bank branch in the last decade and a half, along with a 50%-70% decline in core in-branch transactional activity?

The answer is, it can't.

The problem with the FDIC analysis is that it considers lagging indicators of branch health and not leading indicators.

Where consolidation of branch networks has occurred, the banks who typically have purchased distressed networks are in growth modes and for a time can sustain sub-standard branch networks. The likes of First Niagara's purchase of HSBC's New England branch networks is a case in point. The fact is those branches had failed HSBC, but First Niagara got a share price bump for their expansion when they purchased those offices.

There's nothing in the data to suggest that First Niagara as a brand could do any better with those same branches than HSBC did.

FDIC also does not look outside its own data to see if there is any other retail activity that informs the future of the branch problem.

So we have a report that clearly establishes a strong behavioral shift when it comes to day-to-day banking, but which draws the conclusion that branch density remains high and previous contractions/growth of the branch network prior to the rise of the internet are perfectly valid assumptions to use in today's environment.

However, FDIC doesn't believe consumer behavior is a factor in the future of the branch, nor does it effectively measure it. FDIC doesn’t even measure the profitability per branch and look if that has been affected by changing consumer behavior.

My guess is that if you had looked at bookstore activity a few years after the emergence of the Kindle you would have probably seen the same thing. Bookstore density was good, online wasn't effecting the business too much.

In fact, you can see such research … and what happened next.

A 2003 study by the Yale School of Management and the University of Chicago Graduate School of Business, "Measuring prices and price competition online: Amazon and Barnes and Noble," examined this. The researchers concluded that while price elasticity could be seen as more volatile in bookstores since the emergence of Amazon, that it was not affecting bookstore popularity or the density of bookstores.

The report shared the same flaw FDIC’s research exhibited: It didn't measure the number of times customers were visiting a bookstore annually.

We know what happened to the book business.

Look out your own window

As if to emphasize my points this week JP Morgan Chase announced the closure of 5% of its bank branches across the U.S. over the next two years, citing customer behavior shift around digital devices as the catalyst. This underpins the fact that unless you are looking at changing consumer behavior and its effect on utilization, you cannot accurately plan branch networks anymore.

FDIC needs the right data to make recommendations to the U.S. banking community and in this case, it simply doesn't have the right data. A regulators, the agency has never had to measure such factors before, because FDIC has never faced a negative effect from changes in consumer behavior before. Let's see how long it takes FDIC to figure it out. 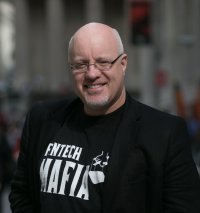 Brett King is a multiple bestselling author, renowned futurist, and founder of the fintech start-up Moven, which offers a downloadable bank account that incorporates mobile payments, along with a gamification-based money management system. King was nominated by Bank Innovation as one of the Top 10 “coolest brands in banking.” King hosts the popular internet radio show, "Breaking Banks."