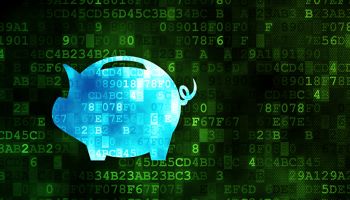 That ever-advancing technology is paramount for community banks now and as they chart their future courses is well-established. But when bankers step back and look at their rapidly evolving industry, many of them are amazed at just how sweeping and myriad the influences of tech have become—for better and, in some ways, for worse.

Routine banking business is shifting rapidly from branches to the internet, with mobile devices supplanting the traditional teller. Customers in their 30s and younger have grown up in the internet age.

"They're digital natives," as Flynt Gallagher puts it. He is president of Compensation Advisors and a student of divergences in banking preferences from one generation to the next.

The seismic change allows banks to prune branch networks, take out costs, and meet their customers where they want—online.

"It's really important to understand where our customers are going," says Arkadi Kuhlmann, a veteran banker (formerly of ING Direct USA) who founded and heads Zenbanx, whose specialty is a mobile multicurrency account.

A more efficient banking system is emerging as a result.

Flip side of efficiency

At the same time, however, technology is advancing so briskly that banks find themselves in a constant sprint to keep pace.

That's expensive. For all the savings to be had via branch reductions, many banks find themselves constantly reinvesting the savings in their digital platforms to keep pace both with their customers' wishes and with emerging non-bank competition such as Zenbanx.

Such was a prevailing view among bankers and advisers such as Gallagher, and amplified by new competitors such as Kuhlmann, who spoke this week at Bank Director's Acquire or Be Acquired Conference in Phoenix.

Some 12,000 financial technology companies now pervade bankland, a three-fold increase from just 10 years ago, according to an estimate from CCG Catalyst Consulting Group. These companies range from small-business lenders such as Kabbage Inc. to companies such as SoFi, whose offerings include mortgages and student loan refinancing.

Competition is mounting on various fronts and, if anything, appears likely to increase even faster this year.

"There appear to be no barriers to entry" for fintech startups, Thomas Broughton III, president and CEO of ServisFirst Bancshares Inc., said at the conference.

As banks work to meet customers' digital demands and stay apace with their fintech challengers, they must also aggressively ramp up their defenses against cyberattacks, the modern playing field for bank robbers and increasingly for terrorists, bankers say.

"If they can hack JPMorgan Chase & Co., they can certainly hack anyone," Broughton said of the threat, referring to a large-scale attack on the New York banking giant in 2014 that cemented in bankers' minds the gravity of cybercrime.

Embedded in Broughton's comment is the fact that the likes of JPMorgan, the nation's largest bank by assets, has vast resources to combat hackers, far more than any community lender. So if it is a daunting challenge for a megabank, it could prove even more so for a small one.

"Some of these guys are really getting their arms around this stuff, but it ain't cheap," a prominent bank investor, speaking with SNL Financial at the conference, said of community lenders and their efforts to guard against digital hackers. "But there also are a lot of them that are flat-out scared," this person added, asking not to be named to avoid alienating contacts in the industry.

What's more, unlike fintech companies, banks are heavily regulated. And they say their regulators are, understandably, increasingly focused on banks' abilities to not only thwart cyberattacks but also their response plans in the event that hackers do breach lenders' digital guards.

That, too, costs more each year for many banks.

Problem is, that development comes on top of already escalating regulatory costs. The number of rules banks must comply with has swelled since the 2008 financial crisis, as regulators, directed by the 2010 Dodd-Frank Act, beefed up their oversight. They continue to develop more regulations under that legislation, driving up compliance costs for banks.

Speaking at the conference, Columbia Banking System Inc. President and CEO Melanie Dressel summed it up candidly: "The regulatory environment is going to continue to cost us a lot of money."

Unforgiving environment drives some to table

J. Michael Shepherd, chairman and CEO of BancWest Corp. and unit Bank of the West, punctuated that sentiment during a keynote address at the conference: It is "an unforgiving environment" and "the bar keeps getting raised."

Shepherd said that as regulatory costs pile up along with the staffing hours required to manage compliance work, small banks with modest resources are overwhelmed. As this happens, he said, it threatens to "suppress" innovation at a time when banks more than ever need to invent new and better products and services or improve existing ones to compete.

All of that points to more consolidation, particularly among community banks. Small banks with limited resources are likely to continue selling to larger banks. The merged operations from these deals will have larger asset bases over which to spread out costs, freeing up funds for innovation, the thinking goes.

Additionally, bankers said at the conference, banks of all sizes are likely to increasingly consider buying out or partnering with fintech firms to capitalize on the advances these companies are making.

Already, partnerships are emerging. Opus Bank, for example, said in January that it would follow JPMorgan's lead and ink a referral agreement with online lender OnDeck to increase its lending to small businesses.

Outright acquisitions are likely to follow as banks weed through the plethora of options peppering the lending landscape and start to separate those with strong platforms from more risky endeavors.

"Finding the right partner is the challenge," Dressel said.

Bankers and advisors at the conference said the greatest focus is centered on acquiring or tapping into fintech operations with creative mobile applications. "The mobile game is the game to win," said Brian Korn, a lawyer and partner at Manatt, Phelps & Phillips who works with fintech firms that partner with banks.

Bottom line, more banks are eager to get on the frontlines of tech innovation, and partnerships and M&A are likely to play important roles in the year ahead, bankers say. As for the current bank deal cycle, Shepherd said, "I don't think we're quite at the peak by any means."

Kevin Dobbs is a senior reporter and columnist for SNL Financial. The views and opinions expressed in this piece represent those of the author or his sources and not necessarily those of SNL. Share your thoughts at [email protected] Follow on Twitter: @Kevin1Dobbs