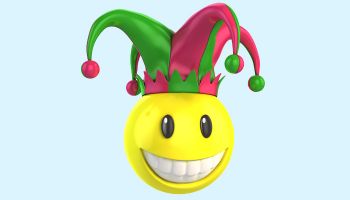 Webster’s defines a “fool’s paradise” as a “state of delusory happiness.” Blogger John Byrne believes some people are kidding themselves about how safe we will be.

Summer is a great time for concert going, hearing new and old music, watching baseball, and for those of us in the AML community, preparation for the next round of conferences, seminars, and other forms of training.

Of course, now, training is yearlong and ACAMS, ABA, and other organizations do not have the luxury of several months to simply prepare for fall programming. When you add to that, issues not being slaves to a calendar, we—and bank BSA/AML specialists—are always responding to AML-related challenges all the time.

So what is bugging me this time? (I know you are asking yourself.) Well, the lack of context around the NSA “scandal” and the complete inability of Congress, the media, and the public to understand how the sequester dramatically harms law enforcement agencies in their ability to investigate, prosecute, and work closely with the private sector to address terrorism, financial crime, and related activities.

A view on why NSA case shouldn’t cause uproar

I was fortunate to be part of a counterterrorism  forum recently where a former government security official offered a compelling case for both why the maelstrom around the NSA information gathering disclosures was misplaced—and how it would not change the system going forward.

The former official's second point is particularly important because the official made clear that family members of victims of terrorist attacks do not want to hear about privacy issues with information access by the government—they understandably want attacks prevented.

Those of us in the AML community from the private sector clearly understand this point.

In fact, I would argue that we are more aligned with law enforcement than those in lines of business that are sometimes clouded about the role of the financial institution in this era of global conflict.

During the same forum, we heard from private and public sector participants in events emanating from the recent and horrific Boston bombings. These speakers bemoaned how difficult—but not impossible—it is to prevent attacks when there is no outside alliances of support. However, they were pleased with the partnership between federal, state, and local law enforcement that, aided by the financial sector and the public at large, were able to solve the case very quickly.

This last point is both important, but in danger of changing, if the current congressional sequester continues.

The lack of courage by elected officials to spell out where budget modifications are needed without resorting to the sequester gimmick will directly harm investigations and support for responding to bank robberies, cyber attacks, and money laundering.

Robert Mueller, the soon-to-retire FBI Director, made clear in his last press interview, that threats are not abating.

So, whether it is the FBI, IRS CI, Homeland Security’s HIS, or any other agency involved in the money laundering area, the lack of media focus, public concern, and legislative understanding on the continuing implications of this negligence is troubling, embarrassing, and harmful to society.

Failure to acknowledge is what a fool believes.*

What about the impact on pure information sharing between the private and public sectors? My former colleagues at the ABA, and we at ACAMS are struggling with how to prepare AML programming that counts on government participation to ensure that attendees receive current information on investigations, enforcement themes, and how to address the changing landscapes regarding terrorism and all forms of financial crime.

The conference I referenced earlier benefited from hearing about the migration of criminal activity to smaller financial institutions; the use of IP addresses in investigations; the challenges of quality SAR reporting; and an overview of how affiliates of Al Qaeda are still active and filling in the gaps of terrorist funding events.

All of these issues need government presenters to the AML community to receive a complete view of the many challenges they face. I have spoken to many government representatives who expressed fear that the sequester, if not addressed, will greatly harm the many inroads made by the private sector in combating financial crime.

Getting beyond the front page

There is a premium placed on breaking stories, which is a positive, but the failure to stay abreast of all implications of any issue continues to be a failure of both the media and we as recipients of information.

We rarely read past the headlines these days. Instead of digging into the facts, we are more likely to support a policy decision based on our politics.

Counter-terrorism and AML are complicated areas and we have made many inroads. But if things remain as they are today—confusion, bickering, and lack of focus—only a fool believes we will be safer.

* “What a Fool Believes” was a major hit for the Doobie Brothers and was co-written by Kenny Loggins and Michael McDonald.

More in this category: « Virtual currency: Can we get ahead of this in reality? BSA/AML 25 years later »
back to top