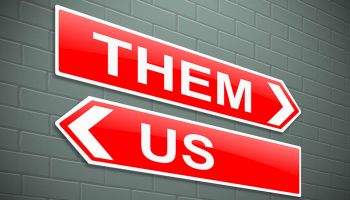 Part 1 of a two-part report

As I spoke to many attendees during the three days of the 25th Annual ABA/ABA Money Laundering Enforcement Conference last week, I was thinking that Pink Floyd’s song “Us And Them” from 1973’s Dark Side of the Moon album is at least an appropriate response to the negative comments heard from several government officials. For most of the 25 years, much has been made of partnership with law enforcement and trying to understand regulatory expectations.

What attendees were hearing

Statements such as “It is a bit surprising that BSA failures occur as often as they do” and “[T]oo many seem to be willing to take advantage of any edge—including those of dubious legality—to make money” seem to gloss over the hard work and commitment from the AML compliance officer.

With the addition of responsibilities to cover OFAC, bribery, corruption, and assorted related financial crime issues, as well as the massive amounts of data that financial institutions are expected to monitor, it is not a surprise that AML programs may make mistakes.

To be fair, if you read all of the prepared statements from the Comptroller of the Currency, the Deputy Attorney General, and FinCEN’s Director, there are portions that do acknowledge the challenge facing the private sector.

But many at the conference were disappointed at the overarching themes from some (but not all) of the government presenters.

Someone actually said to me: “It shouldn’t be Us v. Them.”

How should we take this?

My recommendation on tough messages such as these, is to recognize that those that spend their time and resources to come to these conferences are doing the right thing and to the extent there are problems (and no one denies that), the source is some lines of business, some disconnected managements, and misunderstood rising regulatory expectations.

The last point received short mention at the conference but bankers feel very strongly about subjective judgment in examinations. It is too easy to discount, if you are a regulator, that bankers are simply complaining, but where there is smoke…

The industry applauded the efforts of FinCEN to address many issues through their “Delta” group, but I sense a view that not much will change if a review doesn’t include AML examinations.

The question for all remains the same:

Is the industry better off handling AML obligations as a regulatory exercise? Or to assist law enforcement and society to stop and detect the movement of illicit funds?

After the keynote address of Deputy Attorney General James Cole—which he did end on a positive note to the compliance audience:

“I’m grateful for your hard work, your dedication to the goals we share, and your resolve to help strengthen compliance programs and instill cultures of accountability throughout the financial sector.”

—we started a quarter-century look, forward and backward, with a panel of AML veterans.

ABA was able to find a copy of the 1989 program for the conference and this panel commented both on the issues of the day then and how challenges have evolved or changed.

In no particular order of importance:

• What flies for KYC. What was an adequate “Know Your Customer” program then concerned a recommended best practice. But now it’s comprised of a customer information program, enhanced due diligence, and a potential new customer due diligence requirement. (I will let new and veteran AML professionals do the research on this one.)

• Covered entities. In 1989, this was basically all about banks. But now a whole host of institutions with financial components comes under scrutiny, including jewelers, casinos, real estate brokers, and more.

• Privacy and liability protection. In 1989, the debate was about protecting customer privacy and whether banks could file about suspicious activity and yet be protected. In 2013, privacy is not the same issue and the financial sector is grappling with retaining the “civil safe harbor” enacted in 1992 from mixed court decisions that could severely hamper protection.

Coming in my next blog…

In Part 2, I will cover the active debate on virtual currency and some of the other messages from AML experts both inside and outside of government.

For now, those of us who have been engaged in AML during the past 25 years know that there is a common goal, but having heard from many new entrants into this important field this week, words have meaning and need to chosen more carefully.

More in this category: « BSA/AML 25 years later “All Things Must Pass”* »
back to top