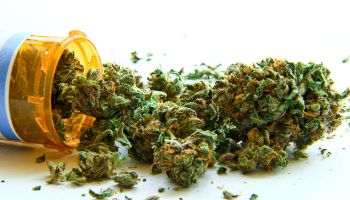 Given these legislative developments and the rapid expansion of the legalized marijuana industry, a dichotomy now exists between federal and state law as marijuana remains a Schedule I drug under federal law.

According to U.S. Drug Enforcement Agency (DEA) definitions, drugs, substances, and certain chemicals used to make drugs are classified into five distinct categories or schedules depending upon the drug’s acceptable medical use and the drug’s abuse or dependency potential.

Schedule I drugs, substances, or chemicals are defined as drugs with no currently accepted medical use and a high potential for abuse and are considered the most dangerous drugs of all the drug schedules with potentially severe psychological or physical dependence according to the DEA. Therefore, marijuana rests in a federal grouping with substances including heroin, LSD, ecstasy, methaqualone, and peyote.

This legal rift will likely increase during the forthcoming months and years as more states continue to explore marijuana legalization, particularly for medicinal end use. Notably, this division in U.S. laws has also created an ambiguous environment for financial institutions as certain prospective bank customers involved in the marijuana industry, such as medical dispensaries, are now observed through a quasi-legal spectrum.

As a result of this new legal landscape, marijuana-related businesses are largely prohibited from accessing the products and services of banks, and their inability to obtain banking services has introduced a new set of concerns. More critically, marijuana-based transactions are being conducted on a cash-intensive basis in a secondary marketplace, creating an environment that is significantly vulnerable to violent crime, potential money laundering and tax evasion activities.

Colorado stands as an example of a market where marijuana-related businesses are facing challenges in obtaining banking services. Currently, there are only a few institutions offering banking services to these businesses. As a result, marijuana-related business transactions are being conducted primarily on a cash basis, consequently saturating their operators with significant amounts of cash, creating the need, or quandary, of how to manage and inventory these funds.

To that end, marijuana-related businesses have increasingly been relying upon third-party private security companies to transport, protect, and store their cash. In an attempt to address this concern, Colorado recently voted on HB 1398, which proposed establishing an alternative “credit union-like” cooperative for banking marijuana distributors, although it is legally prevented from calling itself a credit union. This could potentially serve as a substitution for traditional banking services.

The U.S. executive branch has recently communicated flexibility on the matter of banking marijuana-related businesses. Despite maintaining the U.S. government’s firm opposition to legalizing marijuana under federal law, the Obama administration has stated it would not challenge the legality of states’ successful referendums, provided that those states maintain strict rules regarding the sale and distribution of marijuana.

Deputy Attorney General James Cole announced on Aug. 29, 2013, that the Department of Justice (DOJ) would not challenge various states’ legalization efforts. In addition, the DOJ issued the “Cole Memo,” which stipulates eight priorities law enforcement should consider when determining whether or not to take action against marijuana-related businesses.  The eight priorities are:

• Preventing the distribution of marijuana to minors.

• Preventing revenue from the sale of marijuana from going to criminal enterprises, gangs, and cartels.

• Preventing the diversion of marijuana from states where it is legal under state law in some form to other states.

• Preventing state-authorized marijuana activity from being used as a cover or pretext for the trafficking of other illegal drugs or other illegal activity.

• Preventing violence and the use of firearms in the cultivation and distribution of marijuana.

• Preventing drugged driving and the exacerbation of other adverse public health consequences associated with marijuana use.

• Preventing marijuana possession or use on federal property.

It is important to note that the “Cole Memo” is primarily directed toward law enforcement agencies and applies to all DOJ federal enforcement activity, including civil enforcement and criminal investigations and prosecutions, concerning marijuana in all states.

The guidance provides three main takeaways on how institutions might manage prospective relationships with marijuana-related businesses:

1. Financial institutions must conduct customer due diligence, which considers whether a marijuana-related business implicates one of the “Cole Memo” priorities or violates state law.

• Marijuana Limited: If a marijuana-related business does not violate one of the eight points of the Cole Memo.

• Marijuana Priority: If a marijuana-related business violates one of the eight points of the “Cole Memo” or violates state law.

• Marijuana Termination: If a financial institution terminates a relationship with a marijuana-related business to maintain an effective AML program.

3. Financial institutions must report currency transactions in connection with marijuana-related businesses the same as they would in any other context, consistent with existing regulations and with the same thresholds that apply.

Marijuana-related businesses are not eligible for consideration for an exemption with respect to a bank’s currency transaction reporting obligations under 31 C.F.R. § 1020.315(b)(6).

There are a number of concerns for institutions seeking to provide banking services to marijuana-related businesses.

The FinCEN guidance does not preclude future law enforcement action against an institution for providing banking services to marijuana-related business.

Colorado Bankers Association CEO Don Childears has stated that FinCEN guidance, at best, “(a)mounts to ‘serve these customers at your own risk’ and emphasizes all those risks. Bankers had expected the guidance to relieve them of the threat of prosecution, should they open accounts for marijuana businesses, but the guidance does not do that.”

Even if a state has passed laws legalizing marijuana, a federal prosecutor could still bring action against a financial institution for providing banking services to a marijuana-related business.

In this environment, the “de-risking” of marijuana-related business accounts—where banks exit relationships deemed high-risk to the institution—could result. Could marijuana-related business accounts migrate to institutions with “weaker” internal and compliance controls? What would the potential impact be on law enforcement’s ability to monitor illicit businesses and accounts under “Cole Memo” requirements as these customers move from bank to bank?

In another alternative scenario, concentration use of accounts could occur, whereby a business with an established banking relationship accommodates transactions on behalf of a customer unrelated to the institution that cannot obtain access to banking services. Such occurrences could serve to increase not only monitoring costs to a bank, but increase the potential for money laundering and tax evasion activities.

The potential cost of complying with FinCEN guidance is significant. Financial institutions must take steps to ensure initial and ongoing due diligence is robust enough to address the concerns noted in the “Cole Memo.”

Furthermore, financial institutions must verify with state authorities that the business is duly licensed and registered within that state as well as justify the decision to open the marijuana-related account. These enhanced due diligence (EDD) and know your customer (KYC) initiatives can thus contribute to compliance operational costs as additional personnel and technology will likely be required to manage these processes.

Along with augmented due diligence requirements, there could be additional costs related to increased SAR and currency transaction report (CTR) filings. Based upon available guidance, financial institutions will be required to file SARs within 30 days of account opening and every 90 days thereafter (or more often as circumstances warrant) for marijuana-related businesses.

Banks must be diligent in documenting their rationale for filing within SAR narratives, including FinCEN identifying language within the narrative, and retaining supporting evidence to a level that both law enforcement and regulators will accept. Finally, marijuana-related businesses are not eligible for consideration for filing exemptions with respect to a bank’s currency transaction reporting obligations; therefore, increased filing of CTRs could also contribute to increased compliance costs.

Additional costs banks must consider include:

• Improved training for those personnel.

• Enhancing the BSA risk assessment so that it accurately reflects the increased inherent risk and any mitigating controls associated with marijuana-related business customers.

As the number of states considering the legalization of marijuana continues to grow through various legislative actions and electoral initiatives, regulators, state governments and financial institutions must eventually measure the degrees to which banking services may be provided to marijuana-based businesses.

With the current state of federal law superseding that of states’ individual mandates, the operational risks to financial institutions as well as those individuals and entities attempting to engage in licensed businesses affiliated with marijuana remain high.

In the coming months, the dynamic created by the current gaps between federal and state laws will continue to evidence the need for more substantial agreement on where the final decision lies as to what is actually “legal.”

Therefore, it is imperative that financial institutions maintain awareness and vigilance regarding both state and federal marijuana-based legislation in the months ahead in order to ensure compliance with regulations and the law.

This article originally appeared in slightly different form in ACAMs Today, the print and online publication of ACAMs. The award-winning publication is the leading publication for career-minded professionals in the financial crime detection and prevention field.