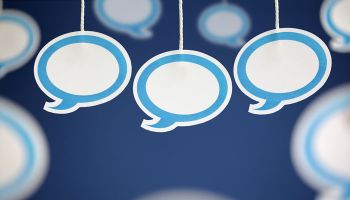 Just returned from a portion of the 26th Annual ABA/ABA Money Laundering Enforcement Conference (a portion because I had to leave early to head to London to have a great vacation with my family) and I am still quite frustrated.

This is no knock on policy leaders and agency leaders who take time out of their busy schedules to speak to the AML community, but:

Can we have a legitimate dialogue … please?

But when well-respected Under Secretary at Treasury David Cohen says:

“De-risking” is the antithesis of an appropriate risk-based approach. The FATF [Financial Action Task Force] recently put it well: “De-risking refers to the phenomenon of financial institutions terminating or restricting business relationships with clients or categories of clients to avoid, rather than manage, risk in line with the FATF’s risk-based approach.”  Put another way, “de-risking” occurs when a financial institution terminates or restricts business relationships simply to avoid perceived regulatory risk, not in response to an assessment of the actual risk of illicit activity.”

When I hear such things, I want to scream:

“Can we have a dialogue on how ever-changing regulatory goalposts clearly add to the de-risking environment?”

Perhaps the expectations move because of pressure from outside the agencies.

But to place the entire blame on the financial sector is not just unfair.

Here is a recent statement from the FinCEN Director Jennifer Shasky Calvary:

“On the one hand, we need banks to facilitate the free and secure movement of capital within and across borders to drive economic growth. On the other, we also need banks to help us keep dirty money from contaminating not only their institutions, but our financial system as a whole … I can appreciate that these two messages are at odds with each other, but we need to find a balance between the two; a balance where we receive valuable AML reporting, but where a financial institution also feels it has effectively managed its risk in making decisions about maintaining a relationship with its customers.”

Why is all of this important?

First, with heavy fines and penalties and a clear increase in formal examination violations, all parties in the AML community are being criticized. Criticism stifles open debate and prevents solutions.

Second, there is a valid concern that de-risking harms the economy and poses risk to smaller institutions, ill-equipped to manage those risks.

Other issues to ponder

I am reading Brief Encounters, a great book by Dick Cavett—Google him because talk shows before or since have never measured up to the intelligence he brought to that venue—and he says:

“In relative youth we assume we’ll remember everything. Someone should urge the young to think otherwise.”

This resonated with me when I heard a few policy comments.

One was that 314a is actually an information-sharing mechanism because when the government sends you names to look up, they are giving you information you did not previously have.

That’s a maddening statement, to say the least.

The second was that the “civil safe harbor” for SAR filings and voluntary reporting needs an amendment to ensure that there is no “good faith” limitation to the protection.

I realize I am quite old, but happy to show you the clear legislative history from that 1992 law that is in paper copy in my garage that proves that “good faith” was intentionally left out of the law for the concerns being expressed in 2014.

So, what exactly are we fixing?

I have bemoaned the lack of private sector influence on task forces and other committees despite lip service from the government so I’ll stop (nah, I won’t) but it isn’t effective.

We in the old guard can be painted as cartoon characters doing the same thing over and over again but, we don’t want to end up in a cartoon graveyard.

More in this category: « De-risking: When did we lose our minds and our way? Imagine*, no need to track terrorist transactions »
back to top