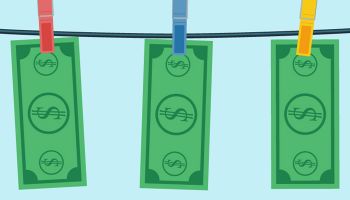 I returned last week from the 11th Annual SAS Counterterrorism and Financial Crime program in North Carolina. I was struck by the growing issues we face—derisking, cyber attacks, sanctions, to name only a few. But I was also heartened by the commitment of the participants to seeking a variety of approaches to address the many challenges facing AML professionals.

Roots in day to remember

This program was created after 9/11 by representatives of the U.S. Attorney’s Office in Raleigh, and a number of banks in the state, with assistance from SAS. Jim Candelmo, executive compliance director and BSA/AML Officer at Ally Bank, was a prosecutor at the time, and has kept this important event going. Candelmo gave an impassioned talk about the importance of what we do as AML professionals (and the need to keep it up) and it was clear he is proud of his current and previous roles, as he well should be.

The program keynoter was Frank D. Whitney, Chief United States District Judge, Western District of North Carolina, who discussed being at the first program while working with Jim. Judge Whitney offered several proposals to improve the AML environment which I’ll reference later, but his walk through the history of the Bank Secrecy Act was valuable for new entrants to our important profession.

The judge’s presentation stands in contrast to that of another panel member, who stated that banks had to be dragged “kicking and screaming” to deal with the PATRIOT Act. That statement was so clueless and just plain wrong. So I was comforted that  the overall theme of private-public partnership overrides revisionist history.

Other issues covered included AML officers offering strategies on how to ensure broad awareness and training on cyber-related issues; a discussion pre-program on hiring challenges given the three generations (boomers, Gen X’ers, and millennials) of potential AML professionals, and how to retain or recruit them; and how these same new entrants into the financial market will shape products and eventually new financial crime vulnerabilities.

In addition to these topics, I was heartened to hear several law enforcement officials (during various meetings and conversations) bemoan the lack of having the regulatory community on the same page as to why AML even exists—a point made in this space quite often.

For example, one audience member in the derisking panel did not want to even acknowledge the existence of regulatory uncertainty regarding expectations. So if we cannot agree on the problem or at least a partial cause, progress that we all seem to crave may remain out of our collective grasps.

I am not giving up hope yet.

Judge Whitney took the opportunity to offer the audience a chance to think beyond pure compliance. He offered that consideration should be given to increasing the CTR (currency transaction report) threshold; to placing into statute the IRS-Criminal Investigations (IRS-CI) policy of limiting structuring seizures and forfeitures to illegal sources of money, as opposed to legal sources of structured funds; and moving IRS-CI out from under the IRS Commissioner to the Deputy Secretary of the Treasury.

I will let others comment on the cash transaction reporting issue, as many know my previous work in that area. My only quick response is that because we are in 2015 and technology makes a system change problematic, raising the threshold will most likely not gain much traction. Law enforcement is committed to the capturing of all types of BSA data so that also remains a consideration.

The proposal on the forfeiture laws reflects a commonly-held public opinion that a number of seizures that have been reported appear to target legally earned money. Judge Whitney made a strong case regarding the problems with the federal structuring laws, so this is an area that is in need of extended debate.

The movement of the IRS-CI division to under the Deputy Treasury Secretary may seem like a boring bureaucratic proposal, but it may be the only action that can save IRS-CI. Constant attacks on the Internal Revenue Service by agenda-driven politicians (are there any other kind?) have resulted in an unacceptable loss of staffing and resources for the talented men and women of IRS-CI that work so hard investigating money laundering and financial crime cases.

This is a proposal that can greatly enhance the AML community.

Let’s hope more officials like Judge Whitney get off the BSA sidelines and offer solid recommendations.

More in this category: « “I’ve Seen All Good People”* “Is Anybody Listening?”* »
back to top