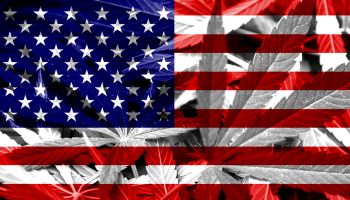 Four states and the District of Columbia have legalized the use of recreational marijuana, and another 20 states have approved medical use of the drug. Not surprisingly, business is booming for the cannabis industry, with sales anticipated to reach $3.5 billion in 2015 and more than $4 billion in 2016.

But while legislation and voters in certain states have approved the use of marijuana, financial institutions by and large have refused to provide banking services—from opening bank accounts to providing loans—to legally established marijuana-related businesses.

And for good reason. Providing banking services to a marijuana-related business, or “cannabusiness,” puts banks at significant risk of federal prosecution.

Confusing state of the law

Marijuana remains classified as a controlled substance under federal law, making it unlawful for parties to aid or abet in manufacturing, distributing, or dispensing the drug, or to engage in financial activities that can be considered “laundering” the proceeds of such illicit activities.

Some financial institutions have tried different tactics to provide banking services to cannabusinesses.

For example, the Fourth Corner Credit Union was founded in Colorado with the primary intent of providing banking services to the cannabis and hemp industries. Fourth Corner attempted to maneuver around federal banking restrictions by obtaining a state charter instead of a federal charter. Under Colorado laws and regulations, state-chartered credit unions and banks are eligible for Federal Reserve master accounts, which accounts are needed in order to allow such credit unions to make electronic fund transfers.

The Fourth Corner was chartered by the State of Colorado Division of Financial Services on Nov. 19, 2014. The credit union promptly requested the Federal Reserve Bank in Kansas City to grant it a master account. The Fourth Corner also applied for share deposit insurance with the National Credit Union Association (NCUA).

In a letter dated July 2, 2015, NCUA denied Fourth Corner’s application for share insurance, allegedly stating that the credit union “did not sufficiently document management’s intent to mitigate the risk associated with serving a single industry that does not have an established track record of success and remains illegal at the federal level.”

The clash between state and federal laws has prompted federal lawmakers to take action this year.

Among other things, these bills contain provisions that would provide depository institutions with a “safe harbor” from federal civil or criminal prosecution or investigation for providing banking services to, or investing income from, marijuana-related business.

The bills further propose protecting banks from loss of FDIC insurance and protecting them from seizure and forfeiture of security interests in collateral for a loan made to an owner or operator of an otherwise lawful marijuana-related business.

Holes remain even if bills pass

Resolution on these bills is probably still months, if not years, away. Even if the bills do pass, neither addresses all marijuana-related issues for banks.

For example, what happens in the event that a loan to a marijuana-related business goes south? Banks may still face legal exposure in exercising traditional legal remedies, i.e., the repossession and sale of collateral securing the loan, particularly, the drug itself.

To that end, suppose a Colorado bank rightfully exercises its legal remedy to repossesses the brick and mortar store and all inventory contained therein of a marijuana-related business.

Would the Colorado bank then be able to sell such collateral to an investor in Texas?

Or would such activity constitute a federal crime, i.e., drug trafficking across interstate lines for which the bank and/or its officers, directors, and employees could face prosecution?

If the proposed legislation passes as currently drafted, banks may still continue to face significant hurdles in exercising legal remedies against a marijuana-related business in a default loan scenario. Banks should consult with their counsel regarding rights and remedies under the loan documentation with marijuana-related businesses and assess how they may be able to avoid federal law violations and penalties.