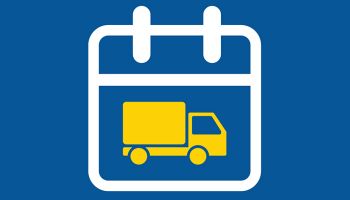 As we approach the end of 2015, I remain confused about the lack of progress with some AML-related issues. However, I am also somewhat comforted that dedicated community members continue to push for clarity, movement, and more information sharing to attack the movement of illicit funds.

• January: AML on the Street. In January, Oppenheimer and Co. was fined by FinCEN and the Securities and Exchange Commission for AML program failures and Section 311 violations—a clear example of money laundering issues in the broker-dealer community.

• February: SARs happen—at least, they’d better happen. February saw a civil money penalty assessment with a community bank in Pennsylvania (First National Bank of Dunmore) with a clear connection to corruption by state judges, on the bank’s board, who misused accounts to send juveniles to prisons where the judges had a financial interest.

• March: Power of one bad apple. In March, Assistant Attorney General Leslie Caldwell spoke to an ACAMS audience in Hollywood, Fla. Among her comments:

“If your companies have not already done so, you need to make state of the art cybersecurity a top priority, and compliance with cybersecurity policy, a major priority. Cybersecurity compliance is critical, because even a single human error, such as one person opening the wrong email and thereby allowing access to a company’s computer systems, can have devastating consequences.”

Clearly we understand that cyber needs to be yet another major concern for AML professionals.

• April: Old tools still work—reach for them first. A relatively old BSA tool was dusted off in April when FinCEN and the Department of Homeland Security issued a “geographic targeting order” (GTO) in the Miami area to reduce cash transaction reporting (CTR) thresholds to $3,000 (from obviously over $10,000) for 180 days.

Perhaps an example that shows there are existing BSA rules that should be utilized before anyone considers new laws or requirements.

• May: AML Ripple effects. May saw the first BSA enforcement action against a virtual currency exchanger. Ripple Labs was assessed civil money penalties for failure to register as a money service business (MSB) and an inadequate AML program. The good news now is that Ripple has produced a series of white papers on issues relating to the fintech areas of banking, payments, and compliance—which will be a focus for AML professionals as well in 2016.

• June: Officials look at key issues. In June, the Treasury Department issued its money laundering and terrorist financing risk assessments, which I covered back then in “Eight Miles High.” In addition, the Egmont Group met and issued a call for its members to make continuous progress towards:

• Seeking access to even more sources of information necessary to produce financial intelligence that can be acted on.

• Removing legal and other barriers to multilateral information sharing.

A very clear and positive mission that now needs implementation and perhaps some private-sector sharing when appropriate.

• July: Pulling together instead of apart. As we celebrated our nation’s birthday in July, there were of course many events and cases of note. But I wanted to list an example of federal-state partnership with the Department of Homeland Security announcing a collaboration with the state of South Carolina on human trafficking.

An issue discussed in this space before and, sadly, in 2015 still a major problem that needs the public and those of us in the AML community to do so much more.

• August: AML duties spread further. Even in the dog days of August there were AML-related issues and FinCEN proposed regulations for “registered investment advisors.” Once final, these rules would require AML programs and the reporting of suspicious activity similar to broker–dealers and other groups.

Yet another example of the breadth of entities that are vulnerable to money laundering in the financial sector.

• September: Can’t we work together on this? In this month, the House Committee on Homeland Security issued a final report—Combating Terrorist And Foreign Fighter Travel—on terrorist and foreign fighter travel, an issue that financial institutions are attempting to detect with transaction patterns. The report references “fusion centers” and utilizing “financial intelligence”—but there is no reference to our nation’s financial institutions as partners.

• October: Let’s not have failure to communicate. There was much activity this month with the Financial Action Task Force and I covered a number of key topics from their plenary in the blog "Change partners." I do want to return to the one continual major challenge for all—de-risking and the outgoing FATF President’s excellent summation on this:

“Most likely what is required (to address de-risking), I think, is the communication of more flexible regulatory practice and standards, and more refined and intelligent assessment of risk.”

• November: Filling in the holes in Swiss. There were many noteworthy events in November. However, I wanted to point out an announcement by the Justice Department of several institutions that were part of the “Swiss Bank Program” that is designed to address tax evasion.

“At this point, we’ve already learned so much about the formerly hidden world of offshore banking. This information enables us to vigorously pursue noncompliant individual U.S. taxpayers and guides us in the development of innovative partnerships and methodologies to combat a wide variety of international tax evasion techniques.”

But let me end with this recent announcement from the federal side and Rep. Maxine Waters (D-Calif.), who reintroduced a proposal to “sharpen bank vigilance” in the wake of the San Bernardino terrorist attacks.

Despite all the clear evidence of the financial sector work to counter terrorism, Rep. Waters said:

“While we do not have any evidence that financial institutions failed to do their due diligence regarding the San Bernardino shooters at this time, the track record of the largest financial institutions operating here in the United States makes clear that more must be done to cut off access to funds fueling terrorist attacks on innocent people here and abroad in these difficult, trying times.”

For your holiday “enjoyment,” read the Rep. Waters’ release and prepare for another tough, challenging year in 2016.

Also check out this post-Paris/post-San Bernardino advisory from the Department of Homeland Security.

Finally a word of encouragement …

* A 1973 hit from former Temptation Eddie Kendricks, but known mainly as a poster or cartoon from the late ‘60s and early ‘70s. The original artist was R. Crumb, though his work was frequently ripped off.