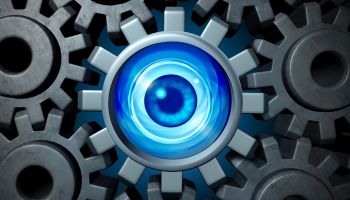 Last week, I was fortunate to join a number of ACAMS members from the Greater Twin Cities Chapter at their event honoring law enforcement in the region.

The AML community has long recognized the crucial role that the brave men and women at the federal, state, and local levels play in addressing the many acts of financial crime across the globe. In fact, ACAMS devotes one of quarterly editions of ACAMS Today to law enforcement and we are proud to do so.

This particular event covered several scams/crimes that take advantage of the elderly, the young, or simply our insanely busy society. (I actually hate the word “scams,” because it actually makes taking advantage of others seem rather benign.)

After hearing law enforcement discuss both each crime and what can be done to minimize the act, it is clear to me that the reason “scams” are successful is, in large part, due to either a lack of preparedness on the victim’s part or their failure to be vigilant and detail-oriented.

As I mentioned in my last posting, “Panama Papers: Hot—but issues aren’t new,” we hear phrases or look at headlines but often we don’t go beyond that.

This is not to “blame the victim.”

But we do need to pay attention more than we do and not try to save costs or other resources when being prepared demands more.

Can’t be mediocre with our vigilance.

Some of these actions can be stopped by paying more attention to detail; staying current with red flag indicators; or just using common sense.

Others, of course, such as human trafficking or terrorist financing, need much more collaboration with law enforcement, charities, or governmental organizations that specialize in these areas, and having more of the community to report activities that may be suspicious.

(That’s as in, “If you see something, say something.”)

As for other financial-type crimes, the AML community is starting to emphasize cyberfraud as an area for training. Long the purview of solely the technology sections of a financial institution, cyber attacks such as those utilizing SWIFT make it clear that so many more bank staff need to be fully engaged and coordinated throughout the enterprise.

About the SWIFT case, what struck me about the apparent $81 billion taken in April is the report that one of the banks accessing SWIFT had as its “cybersecurity” a $10 router.

Just spending money doesn’t guarantee protection from hackers. But are you kidding me?

Last week also saw the announcement of the departure of Jennifer Shasky Calvery from FinCEN to the private sector.

I had the opportunity to sit down and do a Q&A with the Director at our AML and Financial Crime Conference in April and it is clear to me that she is justifiably proud of the work of the staff during her tenure and the many areas of focus during that time.

There may be disagreement from the community in some areas as to the direction of FinCEN during Shasky Calvery’s leadership. However, for the AML professional I would point out three accomplishments that have improved or clearly will improve the overall environment:

• Expansion of enforcement of the BSA regime beyond traditional banking was long overdue as every entity that has a financial action should have some type of AML reaction.

• Renewed use of so-called “geographic targeting orders” or GTOs can be an excellent vehicle for reining in abuses in real estate and other areas.

• FinCEN’s seminal advisory on the “culture of compliance,” while seemingly obvious, has given compliance officers a much-needed document to point to when trying to have boards of directors and senior management improve the “tone at the top.”

The AML/Sanctions/Financial Crime prevention community will be very interested in the next choice for FinCEN Director.

More in this category: « Panama Papers: Hot—but issues aren’t new “Let’s Work Together”* »
back to top