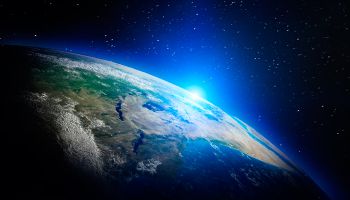 It is safe to say we have gone past the Chinese maxim, “May you live in interesting times,” and are in the middle of the strangest environment ever envisioned.

For us in the global AML community, one of the many challenges will be how to traverse broad calls for isolationism as well as policy debate on the reduction or elimination of regulations.

Cleaning up versus cleaning out

Make no mistake, there is a clear need to review the plethora of laws and regulations added over the past 30 years here in the U.S. and beyond. Readers know that I have called for that many times.

Any such review, however, must be undertaken with all involved parties, and not simply among those complaining of “burden” without specifics.

I am aware of several groups that are quietly working on a list of regulations that they want changed, but those efforts are incomplete because they neglect all stakeholders.

Watch this space as I will continue to call for transparency and inclusion that will, I hope, result in a comprehensive analysis of how to move AML to be efficient, effective, and focused.

Any “list” will be incomplete if it does not address regulatory expectations; the so-called “risk-based approach”; the danger of harming financial access; information sharing; and clear metrics on how to evidence AML success.

AML and the importance of globalism

With the direction that some in political office are taking regarding globalism, it is important to restate the value that the Financial Action Task Force (FATF) has had (and continues to have) on addressing money laundering, terrorism, and many other acts that need finances to succeed.

FATF is a collection of government representatives (over 198 jurisdictions involved as of the end of 2016) who have set standards for those same jurisdictions since 1989. FATF can be slow in its deliberations but there is no denying that in 28 years since forming to address drug trafficking, FATF has published key typologies, reports, and, of course, recommendations that now cover a swath of entities beyond traditional banking and issues that run the gamut from human trafficking to virtual currency.

Probably the most important part of FATF is the mutual evaluation reviews (MER) of countries that conclude with publicly noted reports of how each country is rated for their “effectiveness” in following and implementing AML laws, regulations, and policies.

In late December, FATF President Juan Manuel Vega-Serrano spoke to the United Nations Security Council and outlined how FATF created specific requirements “to give effect” to Security Council resolutions such as those on targeted financial sanctions. This process amplifies the U.N.’s work throughout the many countries that are part of FATF and shows what globalism can produce.

Each FATF presidency (one-year terms) has its own priorities and President Vega-Serrano also told the Security Council that his own is outreach to the fintech community to “ensure that new technological developments properly manage associated risks.”

Partnering with fintech is an important goal. What FATF is doing needs to continue.

Any arguments against globalism will damage the AML community and prevent the mission of those who have been successful in combating, preventing, and detecting financial crime.

And “Now for Something Completely Different…”

Yes, I know, that title is not from a song…

AML professionals know that there are an extensive number of crimes that come under the money laundering umbrella. We constantly struggle to determine how to prioritize compliance, training, and awareness of acts as divergent as elder abuse, identity theft, and general fraud.

While not leading the efforts for the financial sector, those in AML now need to better understand “cyber-enabled” crime.

In the U.S., Treasury’s Financial Crimes Enforcement Network (FinCEN) has issued an advisory, the long title of which is: Frequently Asked Questions (FAQs) regarding the Reporting of Cyber-Events, Cyber-Enabled Crime, and Cyber-Related Information through Suspicious Activity Reports.

In the advisory, FinCEN says that there are no direct obligations for AML units to have personnel devoted to cybersecurity. But, of course, there are directions on how to file SARs and strategies on how to share information.

I would urge our community to bone up on cyber issues because they will be added to your long list of responsibilities—even if indirectly.

To get you started, here is a link to my podcast with FS-ISAC President Bill Nelson.

Cyber is different than what we are used to, but AML professionals know that and will make sure they adapt.

*I was going to call this posting “Ball of Confusion,” by the Temptations, but then I realized that I already did that a while ago.

“What a Wonderful World” was most famously recorded by Louis Armstrong in 1967 (among others) and was inducted into the Grammy Hall of Fame in 1999.