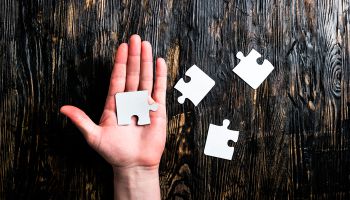 It is easy to say that any transition in government direction needs time to find its footing. Certainly here in the U.S., “footing” could be termed a tad slippery, to say the least.

With executive orders calling out certain countries, confusion in the European Union, and mixed messages here on sanctions, AML professionals would be foolish to think that they have any idea where our regulatory and policy community is headed.

Various groups have been offering recommendations in this time of turmoil, but they need to recognize the environment.

So how do you separate the silly from the reasoned?

It would be presumptuous of me to suggest that I have the answers. But, what the heck, everyone else seems to think they have all the answers. I would argue that I at least can comment on some of the recommendations being developed.

AML in 2017: challenges and potential changes?

Readers of these postings know we have discussed the need to analyze, review, and seek improvements to 30 years of an AML infrastructure that requires recordkeeping, reporting, and detection of a wide range of crimes that need the movement of funds to succeed.

In addition, in 2017 we have a wide array of entities far beyond traditional banks that correctly need to be engaged in these responsibilities to keep pace with sophisticated criminals.

So to improve efficiencies on how to arrive at that destination without consulting all stakeholders—the answer is you do not.

I recall a conversation after 9/11 when it was asked what did the industry (then mainly traditional banks) think was needed to deal with the challenge of terrorist financing.

The answer was simple—cover everyone.

While that process of AML coverage is not complete—and with a policy being espoused of no new regulations without removing two, it may never be—developing recommendations for AML with just one category of industry involved is unfair, incomplete, and doomed to failure.

It is ironic that with noises being made on nationalism and reduction of regulations, the FATF Plenary has just concluded.

The meeting included roundtables on fintech, regtech, and the continued strategy regarding terrorist financing, emphasizing the importance of more effective domestic co-ordination and international co-operation.

FATF is all about working together on a global basis to address AML—but others see an opening to reduce certain requirements under the guise of efficiency.

What are the proposals?

Let’s look at some of the current thinking on “reform.”

First, I was recently sent a law firm’s memorandum on “regulatory reform” (which can be argued as an Orwellian term) that actually proposed “doing away with regulatory enforcement of BSA/AML compliance by establishing clear and objective standards.”

Parse those words and tell me what they mean.

I agree that there are many instances of changing and confusing regulatory expectations. But how do you do away with enforcement?

Also, the same document said no other area has been the subject of such regulatory overreach as BSA. Really?

It is hard to achieve real change when you lead with language that is simply not accurate.

The next major recent series of proposals comes from the multi-national large-bank trade association, the Clearing House, informally, the New York Clearinghouse.

There are clearly some elements in the document worth considering, such as giving financial institutions credit for proactive work regarding financial crime. (To be fair, local and federal law enforcement have been recognizing bank work for years; regulatory notice, however, is lacking.)

The problem is that other major aspects of the report call for changes such as having FinCEN “reclaim sole supervisory responsibility for large, multinational financial institutions that present complex supervisory issues.”

You do realize that this administration will not be adding staff to regulatory oversight anytime soon, right?

Also, despite correct concern regarding multiple regulators for the same program elements, one would argue that BSA/AML is part of a larger enterprise-wide concern. The preference by many is that the AML community work on improving the infrastructure and not change the system with elements that have never been tested.

Key matter underlying all the rest

I will continue to watch and participate in this debate. But it is clear to me that proposals that:

• Do not recognize globalism

will not address the overarching need to update, improve, and move BSA/AML to 21st Century—a goal long overdue.

* “What’s Going On,” by Marvin Gaye in 1971. Named the fourth-best song of all time by Rolling Stone magazine.