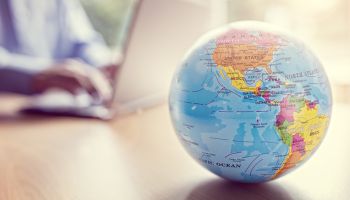 Like a soccer goalie, sometimes it seems like we are constantly just trying to stop balls that are constantly coming at us. AML in 2017 demands focus, carefully crafted responses, and long-term strategy.

As a community, we cannot succeed with attention deficits, sloppy and incomplete communications, or half-hearted attempts to improve our “infrastructure.”

In my career, it is safe to say I have never witnessed so many lost opportunities to enhance what we do because of a rush to judgment caused by failure to read, understand, or debate comprehensive issues.

To be fair, much of this is societal. New technologies encourage speed over comprehension.

FATF just completed its June Plenary in Valencia, Spain, last week. I once again urge all AML community members—yes, small banks you need to do this too—to review the outcomes on such essential issues as beneficial ownership, de-risking (i.e. inclusion), terrorist financing, and mutual evaluations.

Among other important topics was the point made at the Plenary that “Private sector information sharing will improve transparency and access to beneficial ownership but also plays an important part in detecting financial flows in support of terrorism.”

Don’t more than the headlines

ACAMS just completed our mid-year 2017 review program for the membership last week and the panelists spent some time discussing so-called “artificial intelligence” and where we stand on “big data.”

While I would argue that big data is a term tossed around without much consensus as to its meaning, obviously financial institutions need to assess how to better utilize data for SAR reporting, CDD, and overall transaction monitoring. However, when a vendor or advisory firm mentions big data, stop them and say “define your terms with examples.”

As for artificial intelligence, a panel discussion prior to last week’s webinar bears mentioning.

A federal law enforcement official called AI a perceived panacea for institutions that dream of eliminating staff and costs in the AML area. He cautioned that data without “human intelligence” would harm clarity and useful investigative leads. He also bemoaned the fact that new agents lacked communication skills and prefer to text or e-mail when personal communication is needed for successful investigations.

As I tell my staff (with only partial success), pick up the phone or better yet go talk to the person. Reliance solely on electronic communications is an increasing societal problem that is only getting worse.

Finally, the lack of accuracy in messaging makes much of this worse so take a breath before hitting “send” and re-read your communication.

Finally, a review of three decades of AML law?

I have frequently used this space to seek a real review of 30-plus years of AML laws and regulations. Earlier efforts, in my view, have been incomplete and failed to include all stakeholders.

Last week, the Acting Comptroller of the Currency submitted this proposal for the record before the Senate:

This proposal will only be effective if submissions include both the rationale for the potential change and how the mission of the AML laws remain intact. I would urge individual institutions to file directly and do not simply rely of trade associations or other group comments.

Remember, you know best the impact of laws and regulations on your institution.

And lastly, members of Congress here in the U.S. and policy makers abroad are not immune to incomplete analysis before proposing a new law. It figures that one of the few times we had bipartisanship it would be for a measure to “increase the role of the financial industry in combating human trafficking” (“End Banking for Human Traffickers Act of 2017”)

So, with no consultation with the private sector, policymakers introduce a measure to direct an industry that has already done extensive work in this important area. Imagine if there was actually dialogue…

Take a breath before acting.

* “Take a Breath” is a song written by David Gilmour, the former lead guitarist of Pink Floyd, in 2006.