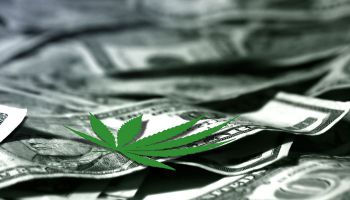 Marijuana business interests reacted with concern to the Justice Department's policy shift on prosecutions, including rescinding of the "Cole Memo."

The impact of the Jan. 4 Justice Department announcement regarding its policy on marijuana enforcement has been described as “chilling” to further involvement by banks in providing financial services to the various forms of state-permitted marijuana businesses. From a bank compliance standpoint, however, it’s more accurate to say that a situation that was already considered confusing has become moreso.

In the aftermath of the announcement, the compliance and BSA/AML fraternities’ eyes are on FinCEN to see what, if any, change the Treasury entity makes to policy and reporting requirements follow the Department of Justice announcement.

Providing banking services to companies that have businesses directly in or touching on the legal marijuana business has been problematic.

Guidance issued by the Obama Justice Department in 2011—the so-called “Cole Memo”—had been seen as an attempt to provide some comfort to banks and others involving themselves with firms doing business where forms of the drug have been decriminalized, legalized, or approved for medicinal use. The memo was seen as effectively barring federal prosecutors from pursuing marijuana businesses operating legally under state law.

On Jan. 4, Attorney General Jeff Sessions, a strong opponent of marijuana legalization, peeled back and discarded years of guidance, including the Cole Memo.

“It is the mission of the Department of Justice to enforce the laws of the United States, and the previous issuance of guidance undermines the rule of law and the ability of our local, state, tribal, and federal law enforcement partners to carry out this mission,” said Sessions in a statement accompanying his own memo.

He continued: “Therefore, today’s memo on federal marijuana enforcement simply directs all U.S. Attorneys to use previously established prosecutorial principles that provide them all the necessary tools to disrupt criminal organizations, tackle the growing drug crisis, and thwart violent crime across our country.”

The single-page memo states that prosecution principles for all federal prosecutions have been in place for decades, and that “previous nationwide guidance specific to marijuana enforcement is unnecessary and is rescinded, effective immediately.”

Banks and the Cole Memo

Only a day before the Justice announcement, social media references surfaced concerning a Washington Post article about a Maryland bank that was serving marijuana-related businesses. (Distribution for legal medical use of marijuana began in Maryland in late 2017.) The article, based on interviews with customers and without input from the bank, detailed a tightly controlled offering that included no credit nor checking services, and high fees to open accounts. A common complaint among marijuana businesses, where they are legal, is that the lack of willing banks forces them to conduct all-cash operations.

John Byrne, a veteran in the BSA/AML area, says that he has run numerous panel discussions and other programs since the Cole Memo was issued. Bankers always had many questions and speakers had few definitive answers, he recalls, given a mismatch between the Obama-era policy and enforcement versus the state-level legislation liberalizing treatment of a substance that federal law still considered to be an illegal drug.

Byrne, now president of Condor Consulting and a former top official of ACAMS, the BSA/AML organization, and the American Bankers Association, says such sessions couldn’t deliver clarity in a situation that lacked it.

He says that he would think, “if you came out of that session with a solution, then you weren’t paying attention, because there wasn’t really a solution.”

In 2014, the Cole Memo reiterated that federal law considered marijuana a dangerous drug. The memo listed eight priorities for federal enforcement, most of them dealing with criminal enterprises.

In the wake of the Cole Memo, FinCEN issued guidance addressing how banks could serve marijuana-related businesses consistent with BSA obligations, and put emphasis on due diligence. The latter included weighing whether a business touched on a Cole Memo priority or violated state law.

However, FinCEN continued to require the filing of Suspicious Activity Reports because federal law continued to consider marijuana sales to be an illegal activity irrespective of state law. FinCEN set up a three-tier approach to filing SARs on such customer, ranging from “marijuana limited” to “marijuana priority” to “marijuana termination,” which would be triggered by turning a customer out of the bank.

Byrne says the one thing that was clear was that a bank that considered the Cole Memo and FinCEN’s guidance as a green light was taking a chance against the day that a change in administration might negate the Obama policies and priorities.

Reaction around the country

For marijuana industry trade organizations and news outlets, this was played as a potentially cataclysmic event, though some experts quoted expressed no surprise. Sessions had spoken much of his opposition to legalization.

Eight states and Washington, D.C., have legalized recreational use of marijuana and 29 states plus Washington, D.C., Guam, and Puerto Rico have authorized medicinal use as of this month, according to Pew Research Center.

One state where the drug is legalized—since 2014—for recreational use is Colorado. Shortly after the DOJ announcement, Don Childears, president and CEO of the Colorado Bankers Association, stated that:

“We expect this will have a chilling effect on the marijuana industry in Colorado. While banks are more concerned about the actions of their regulators than they are about federal prosecution, this move further blurs the direction the Cole memo gave us as a temporary stay of enforcement. That, we believe, will result in further caution and perhaps retreat by both bank regulators and banks that are serving the industry of contemplating doing so.”

The association stated that it believes that “an Act of Congress is the only true solution to the state’s legal conflict with federal drug laws.”

As of Jan. 5, no statement regarding the DOJ announcement had been made by FinCEN nor the Federal Reserve, the Comptroller’s Office, nor FDIC.

After the DOJ announcement, Bob Troyer, U.S. Attorney for Colorado, who is a Sessions appointee, stated that his office had already been using the guidelines that Sessions reverted back to, “focusing in particular on identifying and prosecuting those who create the greatest safety threats to our communities around the state.”

Other U.S. Attorneys weighed in. For example, Oregon’s Billy Williams said his office would emphasize efforts “stemming the overproduction of marijuana and the diversion of marijuana out of state, dismantling criminal organizations and thwarting violent crime in our communities.”