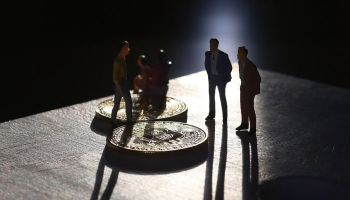 Somewhere around 2000 B.C., Chinese merchants faced a dilemma. An oppressive government would frequently confiscate a merchant’s wealth and banish him from the country. They developed schemes to keep money from their rulers. These efforts included various methods of hiding, from burying the currency to investing it in remote areas … or even investing it outside of China. This, historians say, is how offshore tax evasion and money laundering began.

Fast-forward to today. Money laundering has evolved with the world’s financial system and its participants. Many of the world’s most developed banking countries have joined to form the Financial Action Task Force (FATF), which has the goal of developing policies that prevent the spread of money derived from criminal activity.

The battle is fought against funds flowing from crime in underdeveloped countries, corrupt regimes, and rogue players in developed countries that use anonymous offshore accounts and shell companies to obfuscate the source of their income. (Of course, there are plenty of domestic sources of such troubles as well.)

While governments and the world’s largest financial institutions have risen to meet many of these challenges, a new threat has emerged.

The technological revolution has led to the increasing digitization of money, as much of our banking is now handled online, rather than at the brick-and-mortar branches that were a staple of daily routines throughout the 20th century. The days of criminals being as obvious as bringing brown bags stuffed with money for deposit are fading. Although banks have largely been successful in developing processes to move money quickly and securely through digital networks, alternative methods have been suggested and implemented to varying degrees. These new channels have implications of their own.

One of the most notable propositions for moving money securely through the internet is the use of digital currency, the most famous of which is Bitcoin.

Bitcoin is a distributed network of currency that has no inherent value, but gains its value instead as a supposed medium of exchange. (Some scoff and call it mere speculation.) What sets cryptocurrencies like Bitcoin apart is that there is no central authority controlling the currency, as the Federal Reserve does with the U.S. dollar and as central banks in other countries do with their respective currencies.

Rather, the Bitcoin blockchain network verifies transactions in real time and operates on a consensus protocol, in which the allocation of funds to each participant is agreed upon by a majority of the network.

What is important about Bitcoin, as it relates to money laundering, is the fact that the stakeholders that participated in the network, in its original state, were not identified by the kind of personal information that is required in the banking industry under Know Your Customer procedures for mainstream transactions.

For Bitcoin, a set of random characters is generated and assigned to an account holder when a balance is created in that account. Naturally, this raises issues with attributing an account in the crypto realm to any one person or group in the real world.

Participants define the nature of this ambiguity as “pseudonymous.” This state is not completely anonymous, because account activity is recorded and can be tracked by referencing the publicly available ledger—and yet the account is not directly and indisputably attributed to any one individual without additional supporting evidence.

As digital currencies have risen in popularity as a medium of exchange, platforms have been developed to enable ordinary citizens to participate in the network. These usually allow customers to exchange fiat currency (government issued), such as the U.S. dollar or the Euro, for digital currency at a spot exchange rate that is defined by current demand.

This setup is similar to operating procedure in the traditional foreign exchange markets. In contrast to the decentralized nature of digital currencies, those exchanges represent central clearinghouses that contain account information for all of their customers.

This is a result of the U.S. regulatory bodies’ response to the inherent risks that virtual currencies pose, which includes the designation of digital currency exchanges as Money Service Businesses. This designation comes with a set of anti-money laundering standards that must be met, and preventative measures that must be in place, in order to operate legally within the U.S. This has occurred at both the federal level and in a handful of states.

The most significant shift, from an unregulated to a regulated exchange, is the level at which a business must conduct due diligence and maintain customer account information. As a result of the standards imposed by the FinCEN, customers are now required to provide personally identifiable information (PII), before they are allowed to conduct any transactions, to the exchange

PII includes information such as an individual’s name, address. and social security number, among others. This means that previously unattributable accounts on the digital networks, known only by their static set of random characters, now have all the identification and authentication factors of a traditional bank account—as long as they continue to operate through a central exchange.

As of 2017, Bitcoin has largely served as a proof of concept that a digital currency can be a viable and secure alternative unit of exchange to fiat currency. This has caused an explosion in the number of virtual currencies, designed for a variety of purposes. (As of early February, a listing of cryptocurrencies maintained on Coin Market Cap has 1,513 entries.)

In addition to anonymity and secrecy, some of these purposes include increased community engagement, more structured platforms, and specific currency to represent shares in digital companies, among others. The common denominator among virtual currencies is that almost all of them evolved conceptually from Bitcoin, with varying degrees and types of changes.

This proliferation of virtual currencies has led to the emergence of a more technologically sophisticated threat of untraceability. Here, what should concern regulators are the same mutations that would excite technologically savvy money launderers—digital currencies that enhance the cryptographic capabilities of Bitcoin and other cryptocurrencies to provide more secrecy.

Of the anonymity solutions to digital currency, Zerocoin and Zerocash have caused the most excitement and concern— which one is dependent upon who you ask.

Like other alternative digital currencies, they were developed using Bitcoin as a roadmap, with anonymity-enhancing procedures and technologies implemented on top of the core protocol. As described by Arvin Narayanan and his colleagues in Bitcoin and Cryptocurrency Technologies (Princeton University Press 2016), they carry the promise that a user’s anonymity relies solely upon adversarial computational limits, eliminating the need to trust any peers or intermediaries.

Here is how it works. Moving money through Zerocoin consists of two stages.

The first takes place in an associated digital currency called Basecoin, which represents the initial form of value that the user will receive. The second step contains the key feature that provides anonymity. The original Basecoins are convertible into Zerocoins and back again. When this is done, it breaks the link between the original Basecoin and the new Basecoin.

Therefore, Zerocoin provides a mechanism for the user to trade their old Basecoins for new ones that are not linkable to the old ones.

A Zerocoin can be viewed as a token to prove that you owned a Basecoin—but does not reveal which Basecoin you owned. This is later redeemable proof for a new Basecoin.

If that explanation proves too technical, consider the analogy of a casino (also known to carry money laundering risks). You enter a casino and exchange your cash for chips. This provides an opportunity for you, a money launderer, to transfer the chips to another individual, the transferee, in the casino. This transaction would be, of course, unrecorded.

In casinos, however, there are mechanisms in place to monitor such activity including cameras, player’s club membership cards, and authentication measures for big money players. None of this exists in this digital realm when tools like Zerocoin are used.

Zerocash, developed by some of the same parties who created Zerocoin, works in a similar way. The difference is that it eliminates the need for an additional currency (Basecoin), and uses a more advanced cryptographic function to preclude traceability between transactions.

There is no way today to tell how much money has been or might be moved illegally using the new digital currency schemes. However, while there are some technological difficulties that regulators face in limiting such methods of exchange, they have typically found creative ways to monitor illegal activity in the past and can be expected to do so in the future.

It is true that some of the currencies are technically untraceable if used properly, but there are many other clues that might lead investigators to identify a perpetrator outside of the cryptocurrency realm. These include ties to a criminal organization, motivation to commit crime, or correspondence that necessarily takes place outside of the actual transaction.

It will be interesting to see how governments and the financial industry respond to the new challenge. They have consistently responded to financial crime since 2000 B.C., and there is little reason to expect that 2018 A.D. should be different.

Zachary Bush is a senior analyst with Treliant, a compliance and risk management advisory to the financial services industry. He works in areas including bank compliance and risk management, and he is a Certified Anti-Money Laundering Specialist (CAMS). Prior to joining Treliant, Zach was an analyst with Transition Capital Partners, a private equity firm, and an intern with Crews & Associates, an investment banking firm. Zachary holds a BBA in Finance from the University of Central Arkansas and an MS in Finance from Southern Methodist University.

More in this category: « Will Gen Z bank with you? Experiencing fintech at SXSW »
back to top