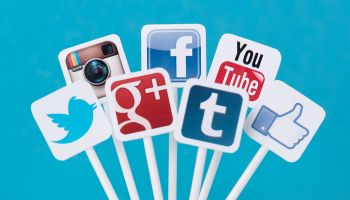 Social media has become an integral part of our society, and now it's playing a big role in our industry, too. The Consumer Financial Protection Bureau is harnessing the power of Facebook and Twitter not only to create a platform for its educational services, but to gather complaints from consumers.

Financial service providers are starting to see a hike in the number of complaints filed with CFPB, and the bureau's online presence may have a lot to do with that.

Where CFPB has a “social” life

On Twitter, tweets are usually focused on the CFPB's educational goals, like making sure consumers have the resources necessary to properly evaluate loan products and providing answers to frequently encountered financial questions.

Recently, @CFPB has been featuring a video about Jorge, a man living in New York who encountered problems removing his bankruptcy from his credit reports. The two-and-a-half minute video features “Jorge” retelling his experience contacting the Better Business Bureau and the CFPB to have his bankruptcy properly noted on his credit report. 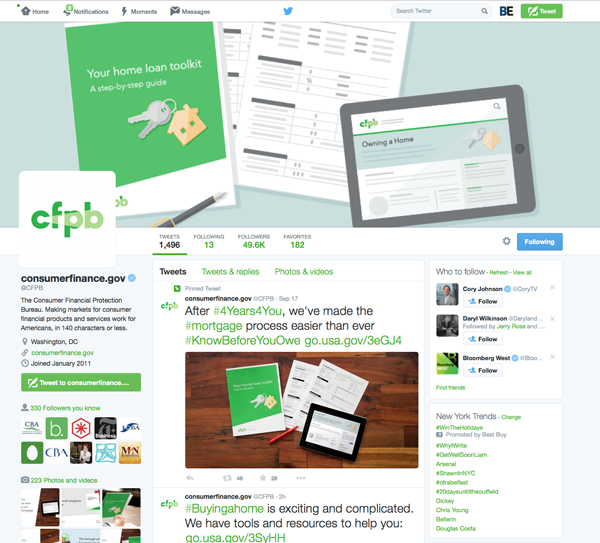 Most importantly, the page hosting the video includes several links to CFPB's online complaint portal. Although it is a frequent tweeter with over 49,000 followers as of mid-October 2015, @CFPB tends to be fairly passive and focused more on distributing knowledge than fielding complaints.

On Facebook, on the other hand, the bureau tends to invite more active participation by those who follow the CFPB's page.

Regardless of topic, virtually every post on CFPB's main page contains at least one comment in which a consumer details an issue he or she has experienced with a financial institution. These comments are almost always non sequiturs, but the consumers garner responses from people all over the country. In some cases, CFPB responds to the Facebook user by replying to the comment and providing a link to its online complaint portal and complaint hotline.

One example of this kind of situation occurred in late July when CFPB posted the “Jorge” video discussed earlier on its Facebook page. Roughly an hour after the video was posted, a Facebook user posted a comment discussing frustration with her refinanced mortgage loan. Throughout the next few days, other users chimed in with similar experiences. About four days after the original comment, CFPB responded to all the users on the thread and provided a link to its online complaint portal. 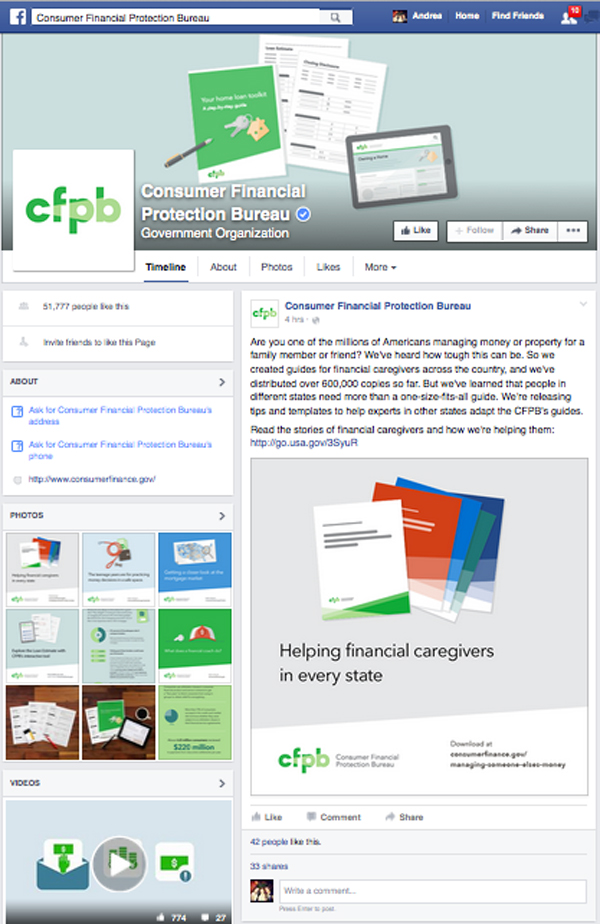 Within CFPB, there is a team dedicated to military personnel and their families called CFPB Servicemember Affairs, and this team has its own separate Facebook page. 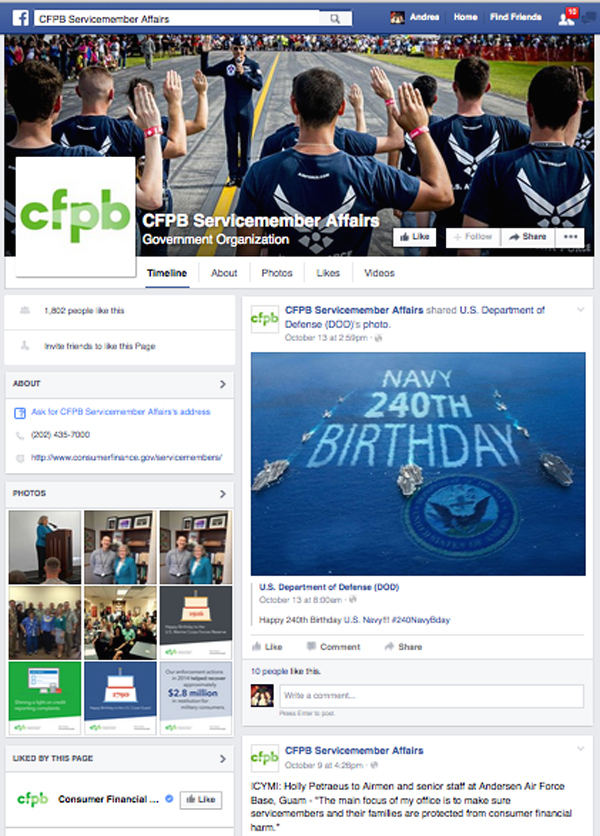 Like CFPB's main page, the military-focused page is used mainly to advance the CFPB's educational goals. The Servicemember Affairs page also contains consumer testimonials, but with a focus on servicemembers.

For instance, earlier this year, the CFPB Servicemember Affairs page posted a video featuring Captain Jamison, a Judge Advocate Officer for the Air Force who reached out to CFPB on behalf of an Air Force servicemember. The servicemember was having a difficult time getting his mortgage lender to approve a short sale. Says Jamison: "He came to me, I reached out to the CFPB and after reaching out, within about two weeks the bank responded and said the short sale was approved."

CFPB's Facebook pages get noticed by consumers not just for their content, but because they provide a platform for disgruntled consumers to congregate and exchange information.

Facebook can be a breeding ground for so-called "hate pages"—pages dedicated to trashing a specific person or company—on nearly every company imaginable. A quick search for "[insert a financial institution name here] sucks!!!" or "[insert a financial institution name here] ripoff" on Facebook will yield at least two "hate pages."

Those pages serve as a meeting ground for disgruntled consumers around the world. They allow consumers to share information and, importantly, document templates. In fact, one of the "hate pages" associated with a prominent national mortgage servicer features several links to templates for "qualified written requests" for consumers to send, promising that "the bank will fold in two weeks" if the consumer sends that letter.

Antisocial side of social

The most unfortunate part of the rise of social media (and the internet at large) for  financial services providers is that it is now much easier for disgruntled consumers to resort to filing a complaint or lawsuit before engaging other dispute resolution techniques. Financial services providers must be more prepared than ever to deal with CFPB complaints and an onslaught of generic, written demands for information from its customers, when a phone call would have been enough to fix the issue.

CFPB reports that it has processed more than 700,000 complaints in its relatively short existence. That mark has been reached thanks in some measure to the bureau’s complaint portal. CFPB has always been committed to using grass-roots methods for engaging consumers and gathering complaints, and its social media presence is simply an extension of that commitment.

Amy Hanna is a creditors' rights attorney in Baker Donelson's Atlanta office. She represents various financial institutions, including mortgage lenders and servicers, in a range of litigation matters. Hanna also has significant experience representing financial institutions in matters involving purported violations of the Real Estate Settlement Procedures Act and the Fair Credit Reporting Act. She is also an active member of Baker Donelson's Consumer Financial Protection Bureau practice area. She can be reached at [email protected].

More in this category: « Social media from the inside out Creating a “brand ambassador” program »
back to top