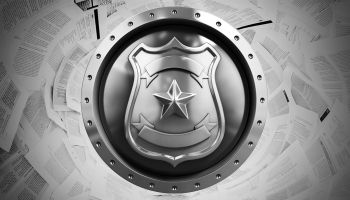 The Consumer Financial Protection Bureau has very full plate set for 2016 and 2017.

With the first quarter behind us, where is the Consumer Financial Protection Bureau heading for the remainder of 2016 and beyond?

After the flurry of mortgage regulatory activity in both 2014 and 2015, actions by the bureau in the last quarter of 2015 provide insight regarding the focus in coming months.

Eye on enforcement actions and UDAAP

CFPB ended 2015 with a number of enforcement actions in the areas of vendor management, auto lending, and debt collection.

Further, CFPB announced its policy priorities for the next two years, providing additional guidance. The identified priorities include arbitration, credit reporting, debt collection, and a continued focus on mortgages. Given the wide scope of each of these industries and the numerous regulations governing them, additional enforcement actions are likely.

As in 2015, expect that in 2016 CFPB will continue to emphasize enforcement on alleged Unfair, Deceptive, or Abusive Acts and Practices (UDAAP) violations. UDAAP has quickly become the "go-to" for cracking down on conduct across the financial services spectrum. More than half of all enforcement actions allege UDAAP violations.

Individual enforcement actions are fact-intensive and only binding on the entity at issue. However, it is important to continue to monitor CFPB UDAAP activities in 2016 in order to identify potential guidance for regulated entities and to ensure compliance programs are up to par.

[Editor’s note: Indeed, CFPB officials have indicated that they mean for banks to take direction from enforcement actions. See “CFPB means it as you read it”]

In addition to pursuing various enforcement actions, CFPB spent the majority of 2015 heavily focused on implementation of the TILA-RESPA Integrated Disclosure (TRID) final rule. Now that TRID rules are in place, the mortgage industry is gearing up for the inevitable examination process so that CFPB can confirm compliance.

Also in the mortgage area, the bureau will be looking for compliance with the new Home Mortgage Disclosure Act reporting rules.

CFPB also indicated in its policy priorities that it remains concerned about discrimination in the mortgage market. According to the bureau, both denial rates and mortgage prices are higher, and credit access is lower, for people of color. Lenders should expect that supervisory and enforcement actions will target alleged discriminatory access to mortgage credit.

Finally, in the mortgage area, CFPB will be working on implementation and subsequent examination for its servicing rules, which have been in effect since January 2014.  These include rules governing contact with borrowers and the handling of delinquencies and foreclosures.

While many observers predicted that the rules on prepaid products would be a 2015 focus, it now appears that it will be early-to-mid 2016 before the final rule is revealed. A final rule on pre-paid products is expected in the next few months and is likely to cover payroll cards, certain government benefit cards, student financial aid disbursement cards, tax refund cards and certain peer-to-peer payment products.

The new rules are expected to require enhanced disclosures provided to consumers; better access to account information; and requirements that prepaid companies investigate and resolve errors and limit consumers' losses when funds are stolen or cards are lost.

Expect the rules to be the subject of extensive discussion, as there was significant activity during the comment period. Banks and other institutions raised concerns about the potential scope of the rules.

One area that is just beginning to heat up for CFPB is student lending, a $1.2 trillion market that has flown relatively under the radar for decades.

In 2015, CFPB, along with the Department of Education and the Treasury Department, released a Joint Statement of Principles on Student Loan Servicing, which was accompanied by a detailed CFPB report.

In discussing student loans, the bureau pointed to perceived "widespread servicing failures reported by both federal and private student loan borrowers." The bureau promised to focus on "illegal actions" and to "clean up" the student loan servicing market. In at least this area of regulation, the bureau won’t be acting alone, as the agencies intend to work together on the regulations and enforcement.

Anticipated actions in this arena include:

• Issuance of industry-wide standards for student loan origination and servicing.

• Increased coordination among agencies regarding examination and enforcement against servicers.

• New regulations about information given to borrowers.

Courtney Gilmer is a bankruptcy and creditors' rights shareholder in the Nashville office of Baker Donelson. She is also the co-leader of the firm's Consumer Financial Protection Bureau Task Force. She can be reached at [email protected]