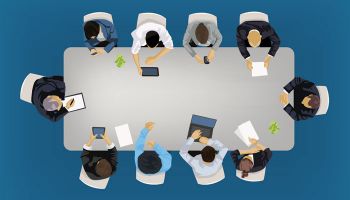 Since its founding, the bureau has made a point of transparency, open government, consultation with affected groups, and more. Yet ultimately, says blogger Lucy Griffin, what it is emanates from a single official. How could its practices change under a multi-player board?

With the new Congress and new administration, there is much that banks can hope for. And while there are many regulatory matters that banks would like to see tweaked (or eliminated) one significant thorn in their side is the existence and structure of the Consumer Financial Protection Bureau.

Asking for its elimination is unrealistic. Too many Senators and Representatives—all of them, of course—have consumers in their districts.

But some tweaking is possible and could make a significant difference. For example, a change in how the bureau is structured at the top could result in desirable change.

When originally envisioned by Mssrs. Dodd and Frank, the bureau was to be under the umbrella of and financed by the Board of Governors of the Federal Reserve.

The bureau thus created would have been governed by a board, not a single director. Somehow, in the final legislation, the concept of a board was changed to a single director and the resulting bureau was removed from all connection to the Fed, except for the central bank serving as the new regulator’s source of funding.

CFPB under one leader

The consequences of a bureau being able to function as an independent agency under the driving whims of a single director have been disastrous.

What the Director says is what goes. So Richard Cordray’s personal interpretation of consumer financial protection regulations carries the day.

In one of the most egregious abuses of this individual authority (PHH Mortgage), the Director was the sole authority on appeal. Not surprisingly, upheld the position he had already instructed staff to take.

Similarly, in many of its enforcement actions, CFPB has piggy-backed on findings of bank examiners and—even more frustrating—on a bank’s self-diagnosis of problems.

The bureau then takes full credit for finding the problem and chortles about how much money it has saved for consumers.

Never mind that each consumer gets about $2.17. The total number is impressive.

Finally, the CFPB has clearly targeted commercial banks and done little to ensure that smaller entities, such as finance companies and mortgage brokers, toe the compliance line. This is in spite of the fact that most of the irresponsible lending behavior that led up to the financial crisis was carried out by non-banks. Fair?

Now you can do something about it

So, here is a plan. Contact your Senators and Representatives and suggest that a change from a single director to a governing board would take significant steps toward reducing regulatory burden—by introducing regulatory consistency and predictability—and would still provide the necessary protections to consumers.

As originally conceived, CFPB would have been governed by a board consisting of five members, two of which would be heads of bank regulatory agencies. The other three would be political appointments representing consumers.

If the appointments served five-year terms, the board would be fairly immune from immediate political pressures. The presence of the two bank regulators would ensure adequate input for the needs and interests of commercial banks. The other three board members would represent the needs of consumers. Or, one of the three could be selected from the regulation of industries other than commercial banks.

Benefits from a board

Think what this change would accomplish:

• The current director, who would probably be one of the three members representing consumers, might learn that supervision is not the same thing as enforcement.

• There would be voices speaking for recognizing the effectiveness of compliance management systems that identify and correct problems.

• There would be board members with knowledge of the industry and how it works. Such board members could prevent a measure such as Regulation E’s international remittance rule, requiring banks to disclose the costs imposed on the receiving end.

As an alternative—or even in addition—ask for an appeal process that directs the appeal out of the bureau to a place that is independent of the original enforcement action.

What if the Comptroller of the Currency or the Chairman of the FDIC were the appellate authority?

That would have spared PHH the necessity of going to the court system.

You can ask for this—and more.

But if you don’t ask, you won’t get anything.

This blog is a followup to Lucy's previous post, "Don't rely on a 'business-friendly' Washington"

More in this category: « Don’t rely on a “business-friendly” Washington Third-party scrutiny expands at OCC »
back to top