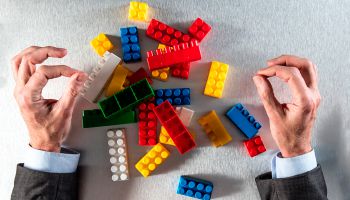 Unlike the regulatory freeze memo issued on Inauguration Day by Reince Priebus, the President’s Chief of Staff, the so-called “two for one” executive order on reducing regulation and controlling costs, and the executive order to enforce compliance with the regulatory reform agenda, the new order, on its face, does appear to apply to independent regulatory agencies including the CFPB.

The new order directs the OMB Director “to propose a plan to reorganize governmental functions and eliminate unnecessary agencies (as defined in section 551(1) of title 5, United States Code), components of agencies, and agency programs.”

Section 551(1) defines “agency” as “each authority of the Government of the United States, whether or not it is within or subject to review by another agency,” with certain exceptions that do not include independent regulatory agencies.

The order provides that within 180 days, “the head of each agency shall submit to the [OMB] Director a proposed plan to reorganize the agency, if appropriate, in order to improve the efficiency, effectiveness, and accountability of that agency.” It also requires the OMB Director to publish a notice in the Federal Register inviting suggestions from the public for improving the organization and functioning of the executive branch.

Within 180 days after the deadline for the submission of suggestions by the public, the OMB Director must submit a proposed plan to the President “to reorganize the executive branch in order to improve the efficiency, effectiveness, and accountability of agencies.”

The proposed plan must include, “as appropriate, recommendations to eliminate unnecessary agencies, components of agencies, and agency programs, and to merge functions” and “recommendations for any legislation or administrative measures necessary to achieve the proposed reorganization.”

Since the CFPB was created by the Dodd-Frank Act and much of its internal structure is dictated by Dodd-Frank, any proposal to eliminate or substantially restructure the CFPB could not be implemented by the President unilaterally but would require Congress to amend Dodd-Frank.