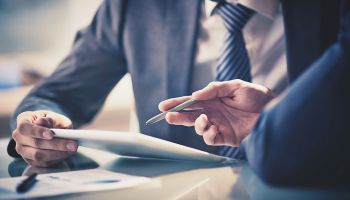 The new management at the Consumer Financial Protection Bureau under Acting Director Mick Mulvaney is seeking input on many aspects of how the bureau has been doing its job. Meanwhile, would-be Acting Director Leandra English, stymied twice in federal court, continues her lengthening quest to supplant Mulvaney from his job.

Call for input on practices

Under Acting Director Mulvaney, “terse” pretty much describes the most bureau news announcements.

Jan. 17 the bureau took under 300 words to describe the beginnings of a process that could unwind a good deal of what bankers haven’t liked about the Dodd-Frank-created entity. This was just a day after the bureau issued a statement of under 200 words announcing reconsideration of its controversial payday lending rule and creation of an interim compliance approach to the rule.

The latest announcement is that the bureau “is issuing a call for evidence to ensure the bureau is fulfilling its proper and appropriate functions to best protect consumers.”

In upcoming weeks the bureau will begin publishing a series of “requests for information” in the Federal Register. These will solicit input on bureau enforcement, supervision, rulemaking, marketing monitoring, and education activities.

“These RFIs will provide an opportunity for the public to submit feedback and suggest ways to improve outcomes for both consumers and covered entities,” the statement said.

The statement indicates that the first RFI would concern “Civil Investigative Demands,” issued during enforcement investigations. The bureau website has an extensive explanation of these instruments and their usage.

(Early in the bureau’s evolution CFPB attorneys were sent along on bank examinations. This practice was reportedly later abandoned. Banker had complained that the practice gave the appearance of guilt being assumed in advance, and that the presence of a government lawyer had a chilling effect on the exams.)

"In this New Year, and under new leadership, it is natural for the Bureau to critically examine its policies and practices to ensure they align with the Bureau’s statutory mandate. Moving forward, the Bureau will consistently seek out constructive feedback and welcome ideas for improvement. Much can be done to facilitate greater consumer choice and efficient markets, while vigorously enforcing consumer financial law in a way that guarantees due process. I look forward to receiving public comments in response to this call for evidence and encourage all interested parties to participate."

Meanwhile, after losing at two stages of her case to overturn President Trump’s appointment of Mulvaney, whose regular job is head of the Office of Management and Budget, Leandra English is pressing her case further. English was appointed by Cordray as he was leaving to replace him on an acting basis. [Read “Judge denies English bid to head CFPB”]

English filed an appeal Jan. 17 with the U.S. Court of Appeals for the D.C. Circuit.

The motion for emergency handling states:

“These disputes over President Trump’s unlawful appointment have enveloped the CFPB in a cloud of legal uncertainty. Until the Judiciary offers a final resolution—or until President Trump nominates and the Senate confirms a Director of the CFPB—the Bureau’s employees and the companies it regulates will suffer continuing disruption and anxiety.

“Further, Ms. English has suffered and will continue to suffer irreparable injury: the loss of her statutory right to function as the head of a federal agency, in a role that will disappear as soon as a new Director is confirmed. The Court should therefore expedite review of this case to promote stability in the nation’s financial sector and to halt the harm that the defendants continue to inflict on Ms. English.”

The motion proposes a schedule of events beginning Jan. 30 with a brief from English’s representatives.