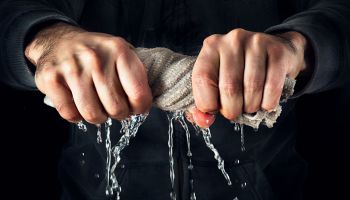 Bureau enforcement frequently leads to wringing big fines out of the players they go after. The calculation of such civil money penalties is among the matters the bureau's acting director wants to hear about.

When the Consumer Financial Protection Bureau first began regulating, rule-writing, and examining, consultants and other observers of the compliance scene frequently said, “There’s a new cop on the beat.”

Under the Trump Administration’s Acting Director Mick Mulvaney, the cop wants to know what financial players think about the enforcement facet of the bureau.

The latest “request for information,” announced Feb. 6, is the third in a series of such efforts Mulvaney announced shortly after taking his post. The first request concerns bureau investigative demands and the second concerns CFPB’s administrative hearing process.

Besides soliciting general input, the announcement, which will be published in the Federal Register (expected Feb. 12) as well, seeks input on 7 specific points. Two of special note: the suggestion that the bureau adopt a matrix of civil money penalties and a request for commentary on the bureau’s NORA process—Notice and Opportunity to Respond and Advise.

The next request, expected to be released next week, will concern CFPB supervisory processes.