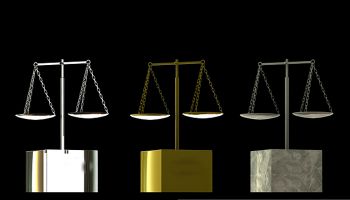 Rise of dominant federal laws and regulations in banking may lessen the importance of the long-standing process of developing uniform state laws.

5. A structure without a future

When I left law school, I had no idea there was such a thing as state banking law. Karma, of course, intervened. I spent my whole legal career focused on state banking legislation.

As the thick clouds of my legal structure ignorance peeled back, I came to realize that the most essential pool of operational banking law was not only state law, but laws not drafted for any state but for all the states by the Uniform Law Commission.

At that time, its real name was the National Conference of Commissioners on Uniform State Law. In later years, in an effort to ramp up its perceived hipness and to ditch an acronym with too many letters, it changed its name, though it had long been known to cognoscenti as The Conference.

OK, why does any of this matter?

Because, at present, the core governing law for how banking actually functions is state law, particularly Articles 3, 4, 4A and 9 of the Conference’s crown jewel, the Uniform Commercial Code. When I began my service as a clearinghouse for state banking legislation information at the American Bankers Association, it immediately became clear that the nuts and bolts rules of banking payments operations are the province of the Conference first, and then the legislatures—not the Congress, and not the federal banking agencies.

Every state has Uniform Law Commissioners, identified and appointed in many different ways. One of their core—and uncompensated, by the way—duties is to advocate for passage of current uniform laws finally drafted in the Conference’s mildly labyrinthine process. And one fact is unarguable—uniform law commissioners who serve on ULC’s bill drafting committees are by and large brilliant (and successful) lawyers and law professors. The air of confident and comprehensive knowledge in a drafting committee meeting is almost palpable—and totally genuine.

Years ago, a bill introduced for the Conference by a commissioner or by the chairman of the banking or judiciary committee in a legislature was going to pass, with or without significant amendment, after a decent interval of hearings and comment. What the Conference wanted, the Conference got.

Not any more. The dynamics have shifted significantly. On the supra-state level, regulations promulgated pursuant to a raft of federal banking laws—Riegle-Neal, Gramm-Leach-Bliley, Dodd-Frank—have become what matters—what banks pay attention to and actually try very hard to comply with every day.

One amazing realization I have had was that there is something slower than the birth of a federal regulation—the in utero life of a uniform law. A uniform law drafting project typically is expected to take two years. Unless, of course, the topic is particularly dense, difficult, or divisive—or fraught with political overtones. One cheap snark I have used in recent years has been to snipe at one project as being “in the third year of a two-year process.”

So what the Conference creates it does not create quickly.

The other, and much more granular, shift in dynamics is the reluctance of legislators to go along with all of what ULC drafting committees produce. Commissioners are brilliant drafters, but people who lobby for banks at the state level are by and large absolute masters of legislative legerdemain.

State-level lobbyists read ULC drafts as carefully as the drafters write them—and much more critically. They have a different duty and a different awareness. That duty is to represent their bank or bankers associations avidly. Their different awareness includes the point that federal laws and regs govern much of what banks do every day.

Now, federal law and regs give way to the UCC and uniform law generally, when there is a direct conflict, and those conflicts are avoided largely because their state and federal texts usually manage to avoid getting in each other’s way in areas governed by uniform law.

But banking lobbyists at all levels are acutely aware that, when federal and non-uniform state law come into conflict, states lose, most of the time.

How does this change things?

So, where does that leave the Conference?

Though the work products of its groups are generally wonderful, that quality no longer results in slam-dunk passage. A stateside bank lobbyist who serves his clients first now tends to treat an introduced uniform law like the layout at a buffet—support this part, oppose that part, maybe defer to present or pending federal law or regulation on another part.

The presumption that what ULC drops in the legislative hopper will be enacted mostly untouched and entire is a thing of the past.

More pointedly, where does all of that leave banking?

Drafting committee members are acutely aware that the industry has its own agenda. They believe that what they do they do in order to help the industry function more sensibly and efficiently, with a side of fairness to parties thrown in.

Remember, though, the title of the Uniform Commercial Code—it is commercial law, meant from the get-go to facilitate commerce. It is not the Uniform Consumers Rights Code. Drafting committee members do have the capacity to seem a little flummoxed when colorful consumer concerns are thrown into the mix. Many tend to believe that what’s good for commerce is good for consumers too. A smoothly functioning system of commerce should introduce the least extraneous cost into any transaction, right? Maybe.

And there is no question that the UCC operates every day as the rules for the world’s most efficient (and profitable) banking system, with rules for businesses that most businesses understand well enough that their expectations are usually pretty clear.

Is some kind of change in order?

But the times have changed, and it is fair to ask if the Conference’s structure and process are up to the challenge of hyper-change.

Rooted as it is in state law, is the ULC process the right venue for Game of Thrones-scale evolution of the payment system?  Should/will fundamental rule changes continue to relocate to the Congress and the banking agency rulemaking processes?

Remember, in cases of federal-state conflict, states usually lose—short of a per se cutout for the UCC itself. Or, in the most anarchical possible read of all, will the clear and convincing comforts of the UCC erode away in the face of P2P softwares and similar, non-bank-centric devices and platforms?

That’s why it’s fair to speculate on the future of  the uniform laws movement, as rich in talent and insight as it is, at a time when its mechanisms seem slow, its docket seems full, and other entities—most notably Congress and the federal banking agencies—seem more decisive and pervasive.

Here is the canary for this particular mine—keep an eye peeled for what the states do with the freshly completed Uniform Home Foreclosure Procedures Act.

The legislatures will decide if it advances a particular State’s interests in how foreclosures are conducted—or they will conclude that CFPB’s regs on foreclosure have already concluded those arguments.

Anyone want to guess how that will come out?

Attorney Mathew Street retired last year after a 32-year career with the American Bankers Association Office of the General Counsel. Street retired as deputy general counsel and senior vice-president, and also served as ABA corporate secretary to the board. He specialized in state-level legislation.