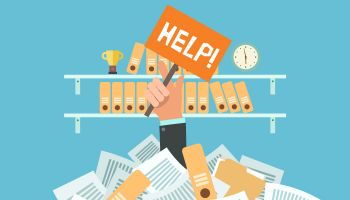 Just got back from the American Bankers Association’s 30th Regulatory Compliance Conference, which was held this year in San Diego, Calif. The theme of the conference was “Rethink, Recalibrate.”

At the conference, we were still re-thinking TRID these many months after last October’s implementation. There were sessions focused on TRID disclosures for construction loans and top TRID issues and what you can do about them. Many of the questions directed to the regulator panels were seeking advice about TRID disclosure rules.

I think most of us also came away from the conference re-thinking and re-calibrating our mindset on fair lending— another important theme of several sessions.

All of the fellow attendees that I talked to—and myself—came away from the three and a half day conference feeling anxious, overwhelmed, and at times, uncertain.

Instead of getting answers to questions that they had brought to the conference, they go back to their banks with more questions. Perhaps it’s the nature of the compliance beast.

The popular session: “Lessons Learned from Recent Consumer Protection Enforcement Actions,” reminded us that we no longer live in a world where, simply, Congress passes a law; then the regulators write a regulation to implement that law (after a suitable public comment period); and then the regulators enforce the regulation after its effective date.

Our new, uncertain world is one in which the regulators issue enforcement actions against an institution for a practice that they deem to be illegal, unfair, deceptive, or abusive—and by doing so, inform the financial community that the practice has actually been illegal for some period of time.

And, it is malpractice to not read the enforcement actions and try to figure out what the accused did wrong and what you should have been doing all along differently.

Another session on model risk and model validation raised more questions, such as what exactly would your regulator consider to be a model, how often it would need to be validated, by whom and how.

Urgency to return to one’s desk

No easy answers. Just an urgent need to go back to one’s bank and get to work!

I don’t think many of us were feeling that we could breathe easy and that we have a smooth road ahead. TRID is behind us. We can coast for the rest of the year. Not really!

• We’ve got the Military Lending Act that becomes mandatory later this year.

• The new HMDA rule has been finalized and it’s not too soon to be starting to implement systems and processes the reporting changes.

• The new Customer Due Diligence rule is coming.

• Additional TRID and mortgage servicing rule changes are on the near horizon, as announced by the regulators.

No wonder I came away feeling anxious, overwhelmed and uncertain.

More in this category: « Innovation responsibility not just on banks Minor facelift for CRA »
back to top