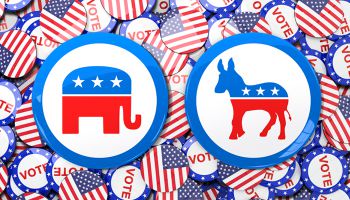 What would you tell the Presidential candidates about banking? Here’s Common Sense Compliance blogger Nancy Derr-Castiglione’s message for Hillary Clinton and Donald Trump. Add your thoughts in the comments section at the conclusion.

Gerrish asked them to consider the vital role that community banks play in the American economy and individual lives of the people in the communities they serve. He made a number of recommendations in his open letter to Clinton and Trump—all of which I second with enthusiasm.

His recommendations to lift the regulatory burden on community banks, roll back Dodd-Frank, and rein in the CFPB are all at the top of my own list of what I’d like to say to Hillary and Donald too.

And I would add two words to it all: Please listen.

How things look at the front lines

You would think that as a compliance professional, particularly a compliance consultant, I would not be in favor of less regulation.

But no one can make the case that we need more irresponsible regulation of banks on how they provide services to their customers. You can’t slam an entire sector just because there are instances of misbehavior in the financial industry by certain players, and more often than not, non-bank financial entities.

Donald and Hillary, what I would like to ask is that you listen to us in the banking community.

Banks are not an evil special interest group.

What you could be hearing

We see first-hand how the regulatory burden impacts not only the banks, but also the customers. We can tell you how a regulation has one intent and results in wholly different unintended consequences.

We can show you how consumers are not actually helped by regulatorily-mandated paperwork that overwhelms, rather than informs.

If you would only listen to us.

We used to be willing to waive a fee when a customer contacted the bank because they made a late payment due to an illness or other emergency.

But, due to fair-lending concerns, if we did that for one person and not everyone, we risk being criticized (or worse) by the regulators for disparate treatment.

We used to be able to accommodate customers’ outside-the-box needs and requests. But due to complicated regulatory disclosures and regulatory restrictions, options are limited.

If you would only listen to us.

We could help you understand the impact of laws and regulations in actual practice.

We could help you understand the banking industry.

We could help you see how much effort goes into complying with the massive volume of regulatory burden in which this industry operates.

If only you would listen.

More in this category: « Seeking common sense compensation Living the consumer’s side of compliance »
back to top