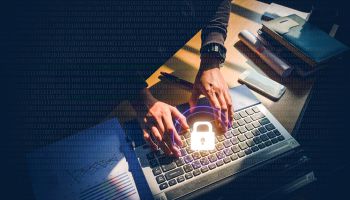 Matters of privacy are an urgent topic these days for just about everyone, sweeping up consumers and businesses in a web of common concerns. Many of us were unpleasantly surprised by the recently disclosed details on how tech firms like Facebook are encroaching on our individual privacy.

It’s also a surprise, to me at least, that many Americans are not particularly concerned about privacy, apparently feeling, for example, that what one has for lunch (with pictures) and with whom and where are more socially useful than not.

The recent history about personal privacy is rooted in banking law, of all places, as it burst into public view with the announcement in April 1998 that Citicorp and Travelers were planning to merge. The principal obstacle to such a merger was the then-current state of banking law—the Glass-Steagall Act and the Bank Holding Company Act of 1956.

Glass-Steagall was Depression-era legislation prohibiting the comingling in one firm of commercial and investment banking activities. The Bank Holding Company Act of 1956 strictly limited the types of business activities that commercial banks could engage in.

Both acts were considered old-fashioned by the banking industry. Bankers saw them as limited in the new and rapidly evolving technological age unfolding (even back then). Recall how prominently Glass-Steagall was mentioned during the presidential election season in 2016 as a “solution” to the risks in banking that the Congress wished to limit as a consequence of the banking difficulties of 2007-2008.

It was widely recognized in the years leading up to 1998 that Glass-Steagall needed a drastic overhaul and as it turned out, the Citi-Travelers merger was the immediate catalyst for that change.

At the time, Citibank was the nation’s second-largest commercial bank with total assets of $311 billion. Travelers had assets then of $387 billion and also owned Salomon Brothers, the storied investment banking business. Sanford Weill was chairman of Travelers Insurance and became chairman of the combined companies, Citigroup, in 1999, the year the deal was consummated.

Man at the center of it all

Weill, many years retired now, is considered by many bankers to be a marketing and business visionary. What Weill saw more quickly than most was the opportunity to “data mine” the customer bases of each firm for the benefit of the whole. Banking business information isn’t necessarily insurance business information or vice versa. But by combining the businesses and the customer bases of both, the opportunities for new product development and sales were seen as enormous.

In the months following the merger, consumers began to realize that their information could be used in new and different ways to sell them more “stuff.” They reacted negatively to the perceived consequences of the combination by increasing pressure on the Congress for protection and relief for their concerns about privacy.

As a result, the deal economics that Weill perceived in 1998 had begun to unravel. No longer would it be possible to achieve the full potential of marketing and sales results from the data mining of the two firms.

The events of 9-11 highlighted another weakness of the combination. The stock valuation of Citigroup suffered significantly due to nature of Travelers’ business, as vulnerable as it was to single-event sorts of calamities. The price earnings ratio of the stock was hampered by the incompatibility of a casualty insurance and a worldwide banking business. There were other issues as well in the integration of the two companies including very divergent cultures.

Travelers Insurance was spun off in 2002.

Privacy has since blossomed into a much larger field of concern today with the growth in recent years of companies such as Facebook and the end users of very granular customer information for sophisticated marketing programs. But it’s possible to trace the issue of privacy’s modern roots to Sanford Weill and his vision.

The ability of hackers to breach data systems and controls have created a complementary set of concerns but they center on the privacy of financial and non-financial personal information.

And there are not yet any truly “failsafe” solutions nor are they likely in the foreseeable future. This reason alone will serve to keep personal privacy in the forefront of commerce and business indefinitely.

I recall almost 20 years ago the reactions of some bankers to customer privacy concerns such as “Where did this problem come from?” Personally, I think it can be understood in part to be a weariness of consumers, our customers, to being bombarded with genuine irritations such as bank fees.

Our customers let us know very clearly and very harshly their views of service charges and other opportunities bankers used to strengthen non-interest income generation starting nearly 10 years ago. Privacy seems to me to be in that same category. Who wants more phone calls at the dinner hour, more direct mail solicitations, and more emails promoting products and services?

Bankers need to be mindful of these lessons as tolerance by our customers of some of the things we do is pretty thin.

In this age where banks have suffered mightily from the effects of reputation risk, we need to curb our enthusiasm for the seemingly intrusive things that really irritate our customers.

Maybe while we’re at it, it’s time to talk about dismantling those things, often of our own making, that interfere with our customers speaking directly with us.

Perhaps the telephone call-in menus are in this category.

More in this category: « What will credit training look like in ten years? “How’s business?” »
back to top