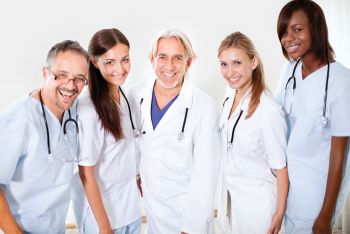 “Fair-lending risk: The chance that an institution’s lending products, services, and/or operations may be conducted in a way that does not adhere to fair-lending legal obligations, and will consequently adversely impact the bank’s supervisory record, generate enforcement or litigation costs, injure consumers, or damage the bank’s reputation, thereby impairing the bank’s earnings, capital, or franchise value.”

Bankers who gathered for a 6:00 a.m. bonus session during ABA’s National Conference for Community Bankers, “Succeeding in the New Fair-Lending Environment,” found themselves confronting the difference between the principle and the practice, as defined on the left. It takes but five words to express what fair lending is, but more than ten times that to summarize the risks banks face in the compliance arena.

Today, bankers face a changed focus from examiners on fair lending, so that even if they have done well in fair-lending examinations in past years, they may face exposure to fair-lending risk today. In saying this, speaker Andrea Mitchell, partner at Buckley Sandler, LLP, underscored the changing times in which bankers do business.

A few weeks after the session, in early March, Congress heard from the Department of Justice, which filed its 2011 equal credit annual report. In that report, Thomas Perez, assistant attorney general for DOJ’s Civil Rights Division, noted the division’s record-setting lawsuit and settlement with Countrywide Financial Corp., completed in 2011. The suit obtained $335 million in monetary relief for 200,000-plus discrimination victims.

More generally, Perez summarized the year: “In 2011, the Division produced unprecedented results, filing a record eight lending-related federal lawsuits and obtaining eight settlements providing for more than $350 million in relief for the victims of illegal lending practices. This successful year of fair-lending enforcement is the result of the Division’s sustained efforts throughout 2009 and 2010 to prioritize fair-lending enforcement and to strengthen its relationships with governmental and community partners across the country. Almost all of the Division’s lending cases in 2011 involved collaborative work with other government agencies and other offices within the Department of Justice.”

Fair-lending items to keep up with continue to arise. One of the most recent involves new regulations put in place by the Department of Housing and Urban Development regarding nondiscrimination based on sexual orientation, effective in early March for HUD lenders. While Justice made it clear that fair-lending enforcement remains a prime civil rights mission, it regards the banking agencies, and the Consumer Financial Protection Bureau, as partners in a federal-state government effort, along with other agencies.

Returning to the theme of the ABA early-bird session, how does one “succeed” in the fair-lending area?

In the remainder of this article, helpful points come from the session. Perspective comes from the Justice report to Congress.

“If it seems like fair lending is being treated differently than it was in the past, well, you’re right,” said Treliant’s Carl Pry. Increasingly, he and Mitchell said, cases will include not only the much-used disparate treatment and disparate impact standards, but “fair treatment,” a concept growing in acceptance.

Fair treatment will be pursued using tools like UDAAP (Unfair, Deceptive and Abusive Acts and Practices) expanded by the Dodd-Frank Act. This builds on the traditional foundations of the Equal Credit Opportunity Act and the Fair Housing Act, and related laws including the Community Reinvestment Act and the Home Mortgage Disclosure Act (HMDA).

The speakers spent much time on emerging risks and preventative measures in fair lending. Among them:

1. Consumer Financial Protection Bureau. CFPB has its own fair-lending section, and will be conducting examinations of institutions over $10 billion, and others, as necessary. Pry said CFPB will cause traditional banking agencies to look harder at fair-lending issues, out of concern for looking less vigilant: “‘We’re not going to miss anything,’” will be bank regulators’ attitude. “Things that used to be OK are no longer OK.”

2. HMDA data and more. Pry noted the Dodd-Frank Act doubles the amount of HMDA data banks will have to gather as regulations kick in. This will give examiners more to evaluate, but they won’t be alone. Pry warned that journalists and community activists will be able to take a “deeper dive with your data.”

Data gathered under Regulation B also will be amended, said Pry. CFPB is working on this, and Pry said it was unclear whether community banks would be exempted from coverage. Details are expected this fall.

A ticklish challenge banks will face is defining what constitutes an “application” on the commercial side, said Pry. While consumers fill out forms, on paper or online, business lending hasn’t always been as formalized and regimented, in terms of applications. Only one in four bankers at the session said they take formal commercial-loan applications at their banks, according to a show of hands.

“Bankers have a year or so to get their commercial-loan portfolios in order,” said Pry.

And once the data’s been gathered and published? “The press and community groups will have a field day the first year this data becomes available,” Pry said.

4. Getting around “no.” Traditional data-gathering duties always faced the issue of customers not being required to answer monitoring information questions, leaving banks, required to make their best effort, to attempt to gather it anyway. Proxies like names, applicants’ neighborhoods, and more have been used, said Pry. As data-gathering duties grow, so will pressure for more proxies, according to Rob Rowe, session moderator and vice-president and senior counsel, ABA’s Center for Regulatory Compliance. The data are in demand. “Community groups want it, customers don’t want to give it, and Congress shall resolve,” he quipped.

5. Avoiding loose lips. Pry stressed that as regulatory attention grows, banks under examination should centralize who speaks for the bank on fair lending. Without a policy, examiners can discuss such issues with any bank employee, whose comments could come back to harm the bank.

6. Read the regulators’ procedures. Different agencies use different documents. There is an interagency manual that Pry said helps. FDIC’s manual is based on the interagency document; the Comptroller’s contains helpful appendices not in the interagency version.

“Fair lending is fundamentally the application of objective, safe, and sound lending criteria to similarly situated people similarly,” stated a backgrounder distributed by Pry and Mitchell. “A board that holds its management and staff to this simple maxim is well-positioned to achieve success in fair-lending compliance.”

The speakers made the point that fair-lending enforcement, though surrounded by masses of data and law, hinges on the “tone at the top” set by each bank’s board. “[U]nlike many compliance obligations that impose an overlay of mandatory regulatory tasks on your normal business activity, fair lending is achieved by adhering to your objective lending criteria for making, pricing, and servicing good loans, and thereby avoiding any differential treatment of your customers that varies by a prohibited basis,” the backgrounder stated.

Boards need to oversee loan policy to carry out this part of their role. As part of that effort, they must be aware of four factors, according to the Treliant speakers:

• Retail footprint and marketing strategy. Business decisions could influence how the bank serves different market segments—fair-lending cases concerning redlining, pricing, and more have their roots in such matters.

• Process of handling exceptions. A bank can be exposed to fair-lending difficulty if variances impact similar applicants or borrowers along prohibited lines.

• Role of third parties in lending operations. What is done in the bank’s name is done by the bank. Thus, the behavior of external parties must be tracked.

Justice and its partners

The Justice Department’s annual report and related testimony by Assistant Attorney General Perez illustrate the role of agency referrals to Justice. In addition, they illustrate the difference between those referrals that go on to become Justice investigations or cases, and those that Justice refers back to the originating agency for administrative handling.

In 2011, Justice received 29 referrals: 14 referrals from FDIC; seven from the Federal Reserve; four from the erstwhile Office of Thrift Supervision; two from the Federal Trade Commission; one from the Comptroller’s Office; and one from HUD. Of the total, just over half involved discrimination based on race or national origin.

Justice referred back 18 of the total 29 referrals. Among the factors determining returns to the referring agencies: the nature of the alleged violation; whether the bank had revised relevant lending policies and practices; whether the bank had taken or expressed willingness to take corrective action for anyone affected by its former policy or practice; and the number of victims and the scope and size of damages to them.

In his testimony, Perez suggested that fair-lending prosecutions could be avoided.

Said Perez: “The best policing is often policing that comes from within. So many of the discriminatory practices we observe are preventable if the lender had proper internal controls. That work is vital to ensuring fair and equal treatment for borrowers. And the success of thoughtful and comprehensive compliance work and attention to fair lending is reflected in the fact that the vast majority of lenders are not violating the law.”