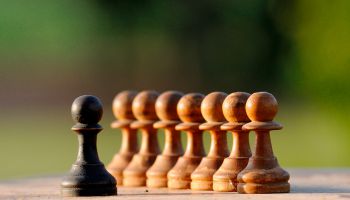 Indications are that this will involve not only applications and credits specifically categorized as business loans, but also small-business credit cards and personal loans that are effectively business credit.

In its April Fair Lending Report CFPB noted that Section 1071 of the Dodd-Frank Act requires financial institutions to compile, maintain, and submit data on credit applications for the three categories of lending to the bureau. The matter was officially added to the bureau’s regulatory plan at the end of 2015. The report indicated that the bureau’s first steps would be outreach and research, to be followed by development of proposed rules for data collection. The bureau is expected to use Home Mortgage Disclosure Act reporting methods as a blueprint for designing the new reporting regimen.

Experts speaking at ABA’s Regulatory Compliance Conference in mid-June advised compliance officers to speak with their banks’ business lending functions, at least in general terms, before the bureau publishes its opening round of rulemaking on this. Provisions of the law could influence how Compliance reviews lending operations and how Credit orchestrates communications between lenders and underwriters.

“This is not a matter of choice. It’s a matter of when, not if. I would recommend you start looking at this now,” warned Andrew Sandler, chairman and executive partner, BuckleySandler LLP. He predicted that, once business lending data begins collection and analysis, such credit will become part of the bureau’s emphasis on redlining.

In a related vein, Sandler, a fair-lending veteran, spoke in the session of a pattern already seen in present fair-lending enforcement, “statistical equivalence,” which he said would become the expectation for business lending once a data gathering process was implemented by the bureau.

He explained the concept this way: “You are being expected to have the same market share [for a given type of credit] in all communities where you have undertaken lending activities. That includes no regard for borrowers’ credit qualifications, etc. It’s pure statistical equivalence.”

Carl Pry, managing director at Treliant Risk Advisors, noted that a key issue will be what falls under the reporting requirements.

For very small businesses the line between personal credit and business credit can become blurry. Factors such as using personal property as collateral for a business-purpose loan can complicate recordkeeping. Personal credit cards often serve as impromptu business lines of credit for small entrepreneurs.

Pry pointed out that many small business borrowers are single proprietors and “moms and pops,” both of which look more like consumers than do traditional commercial loan borrowers.

Experienced compliance bankers know that there is no time to waste in preparing for a new requirement, no matter how much time appears to be available on paper.

“I would start the conversation now, say with your chief commercial lender,” suggested Cara James, panelist with Sandler and Pry at the ABA meeting. James is senior vice-president and chief compliance officer at Arvest Bank. James noted that the credit application process for business loans can look very different from that for mortgage credit, which is the slice of banking that HMDA reporting was designed around.

In response, Sandler quipped with a line compliance officers often use in regard to business bankers and their attitudes towards new regulatory requirements: “Tell me where it says that I can’t do it the way I’ve always done it.”

James suggested that banks should review their spousal signature requirements as well. This warning came as a result of the March Supreme Court ruling in Hawkins v. Community Bank of Raymore, which involved the use of the Equal Credit Opportunity Act to void spousal guaranties.

The business loan reporting aspect of Dodd-Frank was highlighted early on in a memo to regulated institutions by CFPB in 2011, when various authorities held by the Federal Reserve and other agencies were in the midst of being transferred to the then-fledgling bureau. The document showed some recognition of the complex task ahead for the industry and the bureau.

The memo stated, in part:

“Given the sensitivity of the data at issue, we believe Congress intended that the Bureau first provide guidance regarding appropriate procedures, information safeguards, and privacy protections. Waiting to commence information collection until implementing regulations are in place will also ensure that data is collected in a consistent, standardized fashion that allows for sound analysis by the Bureau and other users of the data. Moreover, this approach will conserve the resources of both the users of the data and of financial institutions, which would otherwise have to reprogram their systems needlessly.”

The statute contains a mandated split of the information gathering and internal flow. When taking applications—without regard to whether they are taken face-to-face, by mail, by telephone, or electronically—lenders will be required to ask if the business is a women-owned, minority-owned, or small business. This information must be recorded, but kept separate from the application packet that will be seen by underwriters.

The statute goes on to say that “Where feasible, no loan underwriter or other officer or employee of a financial institution, or any affiliate of a financial institution, involved in making any determination concerning an application for credit shall have access to any information” provided in connection with the information request. Where access is deemed necessary, the lender will be required to tell the applicant that this will occur, and to provide notice that discrimination on the basis of such information is forbidden.

Among the data that the statute requires be gathered: the size of the credit requested and approved; the census tract where the business is based; the most recent annual gross revenue of the business; the race, sex, and ethnicity of the principal owners of the business; and the disposition of the request. The data collected will be published by CFPB, except for personal identification information.

The statute defines what comes under the designations of women-owned, minority-owned, and small business. In addition, the definition of “financial institution” is broad, including the catchall “or other entity that engages in any financial activity.”

The Dodd-Frank requirements are not the first federally mandated rules on small-business lending data, but would include much more data—going beyond the originations reported by banks over an adjustable $1 billion+ threshold under the Community Reinvestment Act—and beyond banks alone.

Taste of what CFPB is hearing

In a 2014 white paper addressed to CFPB, the National Community Reinvestment Coalition spoke to the range of credit types that small businesses use, in urging a wide angle for reporting:

“Small businesses need credit in several different forms, including non-credit card loans, credit card loans, refinances, renewals, lines of credit, and personal loans to the business owners. In addition to traditional bank lending, small businesses have increasingly turned to alternative lending such as factoring, merchant cash advances, peer-to-peer lending, and other new forms of lending. While factoring has been around for decades, other lending types are more recent. Concerns have arisen about the high cost of some of this lending and the potential for abuses. The CFPB must create a database that captures a plethora of loan purposes and types so that regulators and members of the public can track lending and be able to determine if it is responsibly meeting credit needs.”

The white paper also pushed for inclusion of rate information in the data collection requirements. This is not in the statute, but under the law CFPB has discretion to expand collection beyond what it outlined.

Repeal in the offing?

While Hensarling unveiled details of the bill in June, last week’s announcement was the official release of the actual legislative language. It’s not unusual for wide-ranging legislation to be introduced late in a Congress with the intent to tee it up for the next Congress. Hearings on the new legislation were to begin Sept. 13.