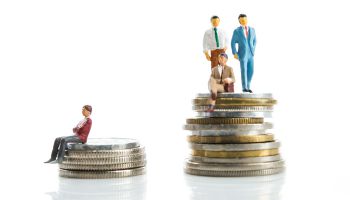 The CFPB has begun publicly exploring the gathering of data on lending activities with women- and minority-owned businesses. This type of data has been collected on mortgage lending for many years and given rise to fair-lending lawsuits.

The Consumer Financial Protection Bureau announced recently that it has expanded its mission from protecting consumers to protecting small businesses, especially those owned by women and minorities.

The bureau explained that it is fulfilling Section 1071 of the Dodd-Frank Act, which amended the Equal Credit Opportunity Act (ECOA) to require financial institutions to collect from credit applications information about the race and sex of small-business owners.

Noting that such data is inconsistent and incomplete, the bureau has launched a public inquiry on how best to obtain that information.

Speaking at a field hearing earlier this week, CFPB Director Richard Cordray said, “Unfortunately, much of the available data on small-business lending is too dated or too spotty to paint a full picture of the current state of access to credit for small businesses, especially those owned by women and minorities. The inquiry we are launching today is a first step toward crafting this mandated rule to collect and report on small-business lending data.”

Questions about the end game

The $64,000 question for bankers and other lenders is what regulators will do with the information. Given the bureau’s history of what many bankers view as heavy-handed enforcement, some lenders suspect the data will be used as ammunition against business lending efforts.

Among the dubious is the American Bankers Association, which released a white paper last month offering its conclusions about the bureau’s latest action. While acknowledging that ECOA’s prohibition against discrimination applies to commercial as well as consumer transactions, the association pointed out that there have been few enforcement actions in the commercial realm.

“In part, this is because with the exception of some commercial loans secured by the Small Business Administration, there are no data on the sex, race, or ethnicity of a commercial borrower,” ABA analysts wrote. “In fact, except for mortgage lending, gathering such data is against the law, precisely to underline that none of these factors can be considered in lending decisions.

ABA predicts that requiring banks to collect such information—potentially subjecting them to more enforcement action—will serve only to restrict credit to small businesses because banks won’t be able to afford the risk.

Community banks will suffer most

The new requirement likely will affect community banks disproportionately because much more of their credit activity involves small businesses. Citing call report data, CFPB said that banks with less than $10 billion in assets hold 50% of the total outstanding amounts for small loans to businesses. About 27% is held by banks with assets less than $1 billion, while 23% is held by banks with assets between $1 billion and $10 billion.

Jeff Plagge is president and CEO of Northwest Financial Corp., which includes Northwest Bank, a $1.7 billion-asset community bank headquartered in Spencer, Iowa, that serves many farmers and small-business owners. Plagge says he has been concerned about CFPB’s foray into small-business lending since it began the discussion last year.

“It’s a very misguided direction and one that’s going to have extremely poor outcomes if they try to apply consumer and mortgage lending methods to commercial lending,” he says.

The results will be particularly bad for community banks that rely successfully on the person-to-person model to make loan decisions, Plagge suggests.

“These kinds of [CFPB] initiatives lead people toward black-box, analytics-driven decisions that are absolutely contrary to community bank lending,” Plagge says. “The regulatory risk actually drives a lot of community banks to limit lending rather than expand it, and ultimately forces more consolidation of the industry.”

Moreover, if CFPB makes it unaffordable for small banks to lend to small businesses, he predicts it will drive more business to the non-regulated sector, with unfortunate results.

“As we’ve seen with OnDeck, Lending Club, and other online lenders, analytics is a very poor model for small-business lending,” Plagge says. “It’s not only a disaster for the lending entities but for those who got money from them and weren’t given any guidance about their loan.”

Plagge also says the implications for privacy are “just frightening” given the extent of information CFPB wants lenders to collect on small-business owners seeking credit.

• The date on which the application was received.

• The type and purpose of credit applied for.

• The amount of credit applied for and the amount approved.

• The type of action taken on the application, and the date of that action.

• The census tract in which the business is located.

• The gross annual revenue of the business in the year preceding the date of application.

• The race, sex, and ethnicity of the principal owners of the business.

• Any additional information that the bureau determines would aid in fulfilling the purposes of this section.

In many communities, such as the small towns in Iowa and Nebraska that Northwest Bank serves, Plagge says it wouldn’t be hard to identify the loan applicant.

Indeed, most small-business loans under scrutiny likely would be to self-employed individuals. While ECOA defines “small business” as a company with annual gross revenues of $1 million or less, the bureau seems inclined to use the terms of the Small Business Act, which generally defines it as a business that employs fewer than 500 people.

Yet according to a Census Bureau survey that CFPB cites, 27.61 million of the 27.63 million businesses operating in the U.S.— 99.9%—have fewer than 500 employees, raising the prospect that the new requirement will subject virtually every loan to fair-lending scrutiny.

“It could potentially be our entire portfolio,” Plagge says.

The vast majority (83%) of small businesses are sole proprietorships that have no employees—and for businesses owned by women and minorities, that number is 90%, according to CFPB. It also cited the 2012 Census Survey of Business, which found that approximately 95% of all businesses had less than $1 million in annual revenues, including about 98% of minority- and women-owned businesses.

Skepticism regarding need for scrutiny

What the CFPB report does not provide is evidence of discrimination that warrants the Dodd-Frank-mandated added regulation. To the contrary, it reports that the numbers of minority-owned businesses roughly track with the percentages of those groups in the U.S. population. According to the Bureau, about 12% of businesses are owned by Hispanics, who represent 17% of the U.S. population. Asians, who make up almost 6% of the population, are 7% of business owners. Blacks own 9.3% of all businesses, while representing about 13% of the population.

“This is a great example of where Congress and this administration need to step back and look at what’s out there,” Plagge says. “If they wait for overall regulation reform, this stuff just continues to go forward where it will get locked in and accelerate.”

Resources related to this issue