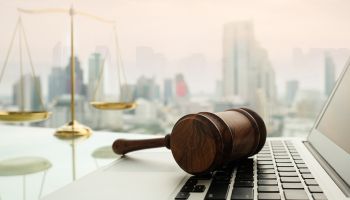 After more than year of resisting the Justice Department, Minnesota's KleinBank agreed to a settlement including expansion of its Community Reinvestment Act assessment area. The bank had resisted the suit in part because it claimed that the Minneapolis market had never been a key business area for the bank.

An Obama-era fair-lending lawsuit against a Midwestern bank, which was filed shortly before President Trump’s inauguration, was settled this week by the Department of Justice.

The government’s fair-lending suit, alleging redlining by Minnesota’s KleinBank, was unusual in that the bank publicly and forcibly denied the Justice Department’s allegations. Typically in such cases, filed by Justice as far back as the first Bush Administration in the Decatur case, the first public word of the matter has been an announced settlement. No such government case has ever gone as far as a judicial decision.

The January 2017 filing charged KleinBank, the largest-family owned bank in its city, with violations of the Fair Housing Act and the Equal Credit Opportunity Act from 2010 to at least 2015. Specifically, KleinBank was accused of redlining majority-minority neighborhoods in the Minneapolis-St. Paul area. (A majority-minority area is defined as having a majority of residents who are racial and ethnic minorities.) The bank is headquartered in Chaska, Minn.

The bank had allegedly engaged in redlining practices including: excluding majority-minority neighborhoods from the area it serves; locating branch offices and mortgage loan officers in majority-white neighborhoods, but not in majority-minority neighborhoods; and targeting marketing and advertising exclusively toward residents of majority-white neighborhoods. “KleinBank drew its main CRA assessment area to be horseshoe-shape; it includes the majority white suburbs, and carves out the urban areas of Minneapolis and St. Paul that have higher proportions of minority populations,” the government complaint charged. “… Within Hennepin County, the [bank’s CRA] assessment area excludes an area roughly consistent with the city limits of Minneapolis.”

Bank that talked back

At the time that the suit was announced, Doug Hile, then president and CEO of the now-$2 billion-assets bank, wrote a letter to customers and community members. In the letter he said that “It’s important that you know KleinBank vigorously disputes the government’s claim of ‘redlining,’ which has no basis in fact. To the contrary—and as many of you can confirm—we have an established history of responding to all credit requests with a commitment to fairness and equal opportunity. And the government does not dispute this history.”

In his letter, Hile pointed out that Minneapolis and St. Paul were not part of the bank’s market. (Chaska is approximately 29 miles from Minneapolis.)

“We have virtually no business there,” he wrote. “These are highly competitive markets and they are comprehensively served by well-established financial institutions with numerous branches and many years of history. The complaint alleges, however, that KleinBank had a proactive duty to expand beyond our century-old roots in Carver County and western Minnesota to build branches in Minneapolis and St. Paul, which is a baseless and unprecedented reach by the government.”

Rarely have banks so vehemently resisted a fair-lending allegation in public. “We are very pleased that the DOJ has dismissed this lawsuit, and we look forward to continuing to work with and serve the needs of all our communities,” Hile, now CEO, said in a May 8 statement.

Overall, under the agreement KleinBank made a commitment to revise its main Community Reinvestment Act assessment area to include all of Hennepin County, which includes Minneapolis. (St. Paul is in another county.)

“While we continue to disagree with the DOJ’s claim and believe that it has no basis in fact, we have decided this compromise allows us to channel our resources into serving the community,” said Hile in his statement, “specifically where the needs are great and where our special approach to engagement and commitment will have a profound impact.”

Further, the bank agreed to:

• Spend at least $300,000 over the next three years on advertising, outreach, and financial education and credit repair initiatives in Hennepin County. The related plans must be approved by the government.

• Spend at least $300,000 over three years on a special-purpose credit program to offer more-affordable mortgage options than ordinarily available from the bank to residents of majority-minority tracts in Hennepin County. The aid can be in the form of rate reductions, direct grants for down payments, closing cost assistance, payment of mortgage insurance premiums, or alternatives.

• Providing fair-lending training to officers and employees whose work touches on area related to the settlement.

• Continue building partnerships with organizations in Hennepin County to establish a presence in majority-minority areas.

In a blog post on the Ballard Spahr LLP law firm website, partner John L. Culhane Jr. pointed out a key difference about this settlement: “Most notably, unlike previous redlining settlements, such as those involving Hudson City Savings Bank and BankcorpSouth Bank, the KleinBank settlement does not require the bank’s payment of a civil money penalty.” Overall those two settlements ran into the millions.

Multiple banking associations participated in friend of the court filings supporting the bank’s unsuccessful attempt to have the DOJ suit dismissed.