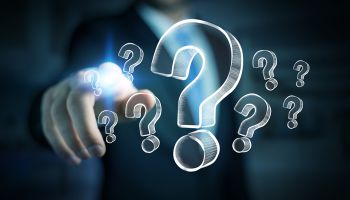 A clean and honest sales program requires asking lots and lots of questions, assuming nothing. Common sense must also rule. "If less than half your employees can achieve their sales goals, that's a problem," says one expert. "You have to have realistic goals."

If it seems too good to be true, then it probably isn’t true. It’s an old saw. But consider this corollary: If it’s bad on the surface, it could be bad underneath, too.

One of the legacies for the entire industry of last year’s Wells Fargo sales scandal is that dramatic—especially sudden—consumer banking sales improvements will be subject to second thoughts.

Another is that any time questionable sales practices surface, banks will have to dig deeper to satisfy their own potential suspicions, as well as, potentially, those of regulators.

At best, bank sales efforts will be subject to additional measurement and monitoring, and increased attention from banks’ compliance and risk management specialists.

“The majority of people don’t get up in the morning and say, ‘I wonder what I can do today to put myself in jeopardy and to put my bank in jeopardy,’” said Mary Clouthier, senior vice-president and director of enterprise compliance programs at KeyBank, during a session on sales culture compliance at the American Bankers Association’s recent Regulatory Compliance Conference.

However, the possibility of even one bad apple serving the public poorly has banks rethinking taking sales success at face value.

If something looks “off”

Clouthier and other members of the ABA conference panel discussed mechanisms for tracking and evaluating sales results. The back end of such processes is what you do when a red light goes off.

Lyn Farrell, senior advisory board member at Treliant Risk Advisors LLC, said that one client she’s worked with has adopted the policy that if any employee is fired for fraudulent sales activity, it will take that person’s sales pattern and create a “profile.” Then it will search its records to see if any other employee patterns fit the same profile and to see if further investigation is called for.

“I thought that was pretty smart,” said Farrell.

The profile search is in addition to thoroughly examining the terminated employee’s overall results, to see if a transgression in one area turns out to be one of many for that former staffer.

Farrell said banks must be cognizant of the potential implications of shifts in sales volume—up and down.

“Is someone spiking in their business generation?” she asked. Conversely, she added, “did somebody’s results suddenly drop off the face of the earth?” Either way, the change could be the result of some innocent cause, or it could indicate that some bad behavior went on.

Farrell noted that changes must be considered in the light of policy shifts. One client saw opt-ins on a service drop off after incentives were discontinued.

With the revelations at Wells still fresh in bankers’ minds, Farrell said that good, commonsense practices can help.

One client has mandated “welcome to the bank” calls for customers who recently signed up for a service. If the call comes as a surprise—as in “What!?! I didn’t sign up for a credit card, and I don’t want one!”—something’s gone awry.

Farrell noted that this doesn’t always reveal fraud—a customer may have misunderstood something—but, clearly, remedial action or retraining must be done.

“And mystery shopping is always an eye opener,” Farrell added.

Instituting team-level incentives, in place of employee-level incentives, can help. It’s one of the major shifts Wells made in the wake of its troubles. But this is not foolproof. Clouthier noted that branch-level sales must be monitored. A branch may have legitimate reasons for being a standout, but in today’s atmosphere, it must be checked out.

A particular risk for retail products sales is “assumptive closing practices.” Selling is a process that defies hard lines. One person’s “pushy” is another person’s “persuasive,” but Farrell emphasized that the Consumer Financial Protection Bureau has made it clear that it frowns on selling that follows this example: “Let’s get you signed up to save money today.”

Farrell said she suspects that many people in sales positions don’t realize that, at least in CFPB’s view, assumptive closing is wrong. She admitted that before hearing the bureau’s view, she didn’t think so.

Think of how “Can I supersize that for you?” led to a documentary about a decade ago that implicated the fast-food industry in America’s obesity wave.

Language and sales “attitude” are not theoretical concerns. Sales speech used for putting customers into overdraft service is part of the lawsuit between CFPB and TCF Financial, whose former CEO became notorious for naming a yacht Overdraft in appreciation for the bank’s huge fee income from this product. CFPB explicitly accused TCF of “tricking” customers.

In addition, CFPB charged that “TCF adopted a loose definition of consent for existing customers in order to opt them into the service and pushed back on any customer who questioned the process.” TCF is contesting the suit.

For a broad overview of how far sales can go wrong, both Clouthier and Farrell recommended that bankers read the massive fact-finding report put together at the behest of the Wells Fargo board of directors and released earlier this year. The report is part of an ongoing series of steps the megabank has been taking very publicly to get past the scandal.

“For a compliance person, the report is like reading a novel,” said Farrell. “It’s extremely frank. But they are obviously taking it very seriously.”

“It’s a page turner, and a fabulous case study on risk management,” said Clouthier. That document, and a report issued by the Comptroller’s Office, taken together, provide clues on how to keep a program clean.

Also helpful, she said, though it doesn’t mention much that’s new, is a more general document issued by the Justice Department, “Evaluation of Corporate Compliance Programs.”

Clouthier said she had worked briefly at Wells and considered its code of ethics one of the best such statements she’s seen. But awareness and execution are critical, she said, because there was clearly
a disconnect.

Panel members stressed that awareness of trends must go all the way up to a bank’s board. Farrell said boards must have extensive reports that aggregate what is going on with sales and incentives over the entire organization, and be able to ask questions and be assured they are receiving adequate answers.

This is essential for directors to demonstrate that they are exercising their duty of “credible challenge” to what is occurring on their watches. Farrell said that boards should be made aware, in anonymized form, of what whistle-blowers are saying regarding sales practices, and that human resources should be gathering any comments on sales practices made by exiting employees.

Clouthier said banks must examine the structure of their incentive programs. A key element of the Wells situation was the pressure many employees said they felt to meet what they considered to be impossible cross-selling goals.

“If less than half of your employees can achieve their sales goals, that’s probably a problem,” said Clouthier. “You have to have realistic goals.”

While being able to quickly receive incentive payments for sales success works well for incentivized employees, Farrell said that practice can increase the potential for gaming the system. She suggested banks consider delayed payments to ensure sales pay goes to real results.

Time lags in reports made to management and the board must be shortened, Clouthier suggested. Banks must be able to spot red flags more quickly, she said.

Besides overall trends, several factors can indicate problems, according to speaker Amanda Cox, partner, PricewaterhouseCoopers LLP. Among these are testing of accounts that customers close soon after opening; accounts that aren’t used much; and accounts that don’t rise beyond a low balance. She said independent audit functions should be looking at sales practices as part of routine checks.

Beyond this, Cox said, many data items must be pulled together to form a complete, ongoing picture of what’s going on in sales. Among these are customer complaints, including confirmed cases of employee misconduct, and root cause analyses; employee reprimands and terminations for sales practice misconduct; and results from employee sentiment surveys. The further down the corporate chain, the more specific records and reporting should be, Cox said.

For all this to make sense, panelists said, banks must break through departmental boundaries and devise common definitions of terms so reports aggregating trends make sense. Clouthier said that something as important as the meaning of “substantial,” in defining a transgression, needs to be standardized.

In the end, keeping sales culture clean comes down to robust governance, said Farrell. For decades, banks trained employees to get technical compliance right, but now challenges can be grayer.

“Conduct risk is different,” said Farrell. “It is the difference between truth in lending disclosures and UDAAP.”