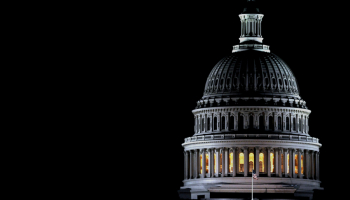 The American Bankers Association (ABA) has opposed a new tax reporting system proposed by the Biden administration as it could “undermine financial inclusion efforts”.

President Joe Biden’s American Families Plan has floated the measure to shrink the “tax gap” - the difference between expected tax income and what is actually collected. However, the trade body reiterated its opposition in a letter to House and Senate lawmakers overseeing the Internal Revenue Service.

The proposed tax reporting requirements on banks would require them to report account flows on every account above $600, including earnings from investment and business.

The ABA flagged several consequences for individuals and business taxpayers, with data privacy and data security concerns raised as significant issues. It added that this could lead to increased tax preparation costs for small business owners and sole proprietors.

Despite the Biden administration promoting the bill as way of shrinking the tax gap, the ABA said it could also have a negative effect on the industry’s efforts to promote financial inclusion.

“As some interpret this information reporting proposal effectively to require banks to police and report on the accounts of customers, we are very concerned that it will undermine trust in the banking system and erode the progress we have made reducing the number of unbanked and underbanked in the country,” ABA said.

“Banks already report a significant amount of information to the IRS that is not being used” ABA added. The additional reporting requirements would be “massive, unmanageable and of questionable relevance to the calculation of taxable income”, and would create a significant compliance burden for the nation’s community banks.