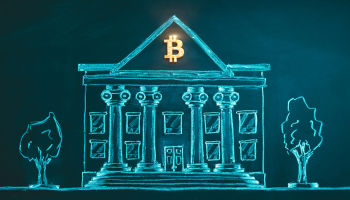 US regulators are working on rules and guidelines for the use of crypto assets – including stablecoins – by financial market players, according to the Federal Deposit Insurance Corporation (FDIC).

Speaking at an event earlier this week, FDIC chairwoman Jelena McWilliams said greater clarity on the use of crypto assets was in the works.

In the coming months, federal banking agencies including the FDIC are set to issue a series of policy statements addressing how existing rules apply to crypto assets as well as what types of activities are permissible for banks to engage in.

She went on to highlight that regulatory expectations for banks that engage in such activities will also be made clearer.

McWilliams also emphasized that, in order to realize the potential benefits stablecoins have to offer while also accounting for risks, the assets should be subject to “well-informed” scrutiny.

Stablecoins are digital currencies that are pegged to the price of a reserve asset, such as the US dollar, and are distinct from other cryptocurrencies like Bitcoin which is independent and not pegged to any other asset.

“Stablecoins also present certain risks, specifically if one or more were to become a dominant form of payment in the United States or globally,” McWilliams said. “This could lead to substantial sums of money migrating out of insured banks with significant ramifications for credit creation, financial stability, and bank funding.”

Regulators should ensure that stablecoins issued from outside the banking sector are truly backed by safe, liquid assets, she said. They should also have the authority to ensure the funds are protected.

“Over the past couple of years, we have seen a dramatic increase in the use of stablecoins, primarily to facilitate converting crypto-assets into fiat currency,” said McWilliams. “But stablecoins have several other potential uses. Several firms, including existing stablecoin issuers, are actively exploring the potential for stablecoins to serve as a mechanism for retail payments.”

The American Bankers Association has called for a “consistent taxonomy” on digital assets to be applied by regulators.

In a letter to the FDIC, the trade body said clarity was needed as to what types of digital asset activity are allowed for banks.