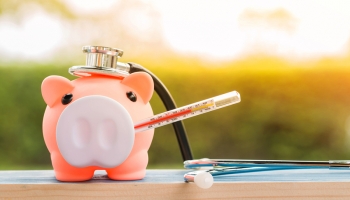 US banking regulators are due to set out additional guidelines for large banks with regards to “living wills” — resolution plans for use in the event of bankruptcy.

The guidance will apply to large US banks with more than $250 billion in assets but that are not considered globally systemically important, otherwise known as Category II and Category III banks.

In a joint statement late last week the Federal Deposit Insurance Corporation (FDIC) and the Federal Reserve said the guidance would be put out for public comment before it is finalized.

At the same time, the regulators also published their findings on Truist Financial Corporation’s resolution plan from 2021, which was finalized following the company’s creation in 2019 from the merger of BB&T and SunTrust Banks.

The Fed and the FDIC did not find any “shortcomings” or “deficiencies” in the plan, they said, which would have raised questions about its viability. Nevertheless, the regulators highlighted some areas for additional work, including “the liquidity needs of material entities” and the role of “bridge depository institutions” in any resolution.

The letter to Truist was published on both regulators’ websites as an indicator for others as to what to expect from feedback on resolution plans.

In the letter, the FDIC and Fed said: “The resolvability of firms will change as markets and firms’ activities, risk profiles, and structures change. In addition to further actions to enhance its current resolvability, the agencies expect [Truist] to continue to address the resolution consequences of these changes and its day-to-day management decisions to fulfill its obligation to enable the rapid and orderly resolution of the [company] under the US Bankruptcy Code.”