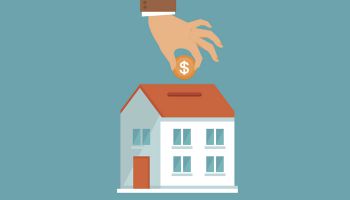 Consumer Financial Protection Bureau made it clear four years ago that reverse mortgage advertisign was under scrutiny.

The Consumer Financial Protection Bureau recently took action against three reverse mortgage companies that it accused of deceptive advertising for claiming, among other things, that customers cannot lose their homes.

The three firms are American Advisors Group, Orange, Calif., the largest U.S. reverse mortgage lender; Reverse Mortgage Solutions, Houston; and Aegean Financial, El Segundo, Calif. The latter operates under various names depending on locality and audience, such as “Jubilados Financial” when it markets to Spanish-speaking consumers.

The bureau ordered the companies to stop their alleged deceptive advertising practices; implement systems to ensure compliance with all relevant laws and rules; and to pay a total of $790,000 in penalties.

Reverse mortgages allow borrowers age 62 or older to draw on the equity in their homes. This can be through a lump sum payment, in monthly payments, or as lines of credit. The loan does not have to be repaid until the borrower dies or moves out of the home, but reverse mortgage holders must continue paying property taxes, insurance, and maintenance costs on the property. If they fail to comply with the terms of the loan, they can default and lose their homes.

“These companies tricked consumers into believing they could not lose their homes with a reverse mortgage,” said CFPB Director Richard Cordray. “All mortgage brokers and lenders need to abide by federal advertising disclosure requirements in promoting their products.”

Looking at specifics with each of the three lenders:

American Advisors Group (AAG) is a prolific advertiser, running television ads daily in many markets and disseminating many reverse-mortgage information kits, including DVDs. The bureau charged that AAG’s advertisements misrepresented the terms of reverse mortgages by claiming that consumers could not lose their homes and that they would have the right to stay in their home for the rest of their lives.

According to the CFPB, two of the DVDs in the information kit include specific dialogue such as, “Can I lose my home?” with the response, “No, you cannot lose your home.”

AAG also reportedly told potential customers that a reverse mortgage entails no monthly payments and would enable them to pay off all other debts. Yet not only do customers have to keep up regular payments such as taxes and insurance on their home, a reverse mortgage cannot eliminate all debt because it, too, is a loan.

In a statement, AAG said: “We take our regulatory responsibilities seriously and have made a significant investment in our compliance and legal infrastructure to ensure we fully conform to all marketing laws and rules—and better understand how they are interpreted.”

The company claims a 96% customer satisfaction rating from client surveys and an A+ rating from the Better Business Bureau.

Pursuant to the consent order, AAG will ensure that its ads include clear and correct disclosures, take steps to remain in compliance with the law, and pay a civil penalty of $400,000.

Reverse Mortgage Solutions markets its product on television and radio, in print ads, direct mail, and the internet. CFPB found those ads deceptive, claiming the company falsely assured consumers that with a reverse mortgage they would “always retain ownership” of their home and “can’t be forced to leave.”

The bureau found that Reverse Mortgage Solutions also potentially misled heirs into believing they would inherit the home after the consumer’s death. In fact, heirs are allowed to retain ownership only if they repay either the reverse mortgage or 95% of the home’s assessed value.

Additionally, CFPB said that the company falsely claimed there were time constraints on its reverse-mortgage offers. The script for one ad warned that if potential customers didn’t call back by that day’s close of business, the company would “turn your file down and you will miss out on a tremendous money-saving opportunity”—a threat CFPB said was not true. And like AAG, Reverse Mortgage Solutions boasted that its product could eliminate customers’ debt.

Under the terms of its consent order with CFPB, Reverse Mortgage Solutions will correct the misleading elements of its advertisements, implement strategies to make sure it follows the law in the future, and pay a civil penalty of $325,000.

Aegean Financial was accused of making the same misrepresentations as the other companies, plus telling potential customers they would not be subject to costs associated with refinancing a reverse mortgage. In fact, consumers who refinance reverse mortgages pay costs such as credit report fees, flood certification fees, title insurance costs, and appraisals.

Moreover, the bureau alleged that Aegean Financial falsely implied in its Spanish-language ads that it was affiliated with the U.S. government. One told the audience, “If you are 62 years old or older and you own a house, we have good news for you; you qualify for a reverse mortgage from the United States Housing Department,” although a reverse mortgage is not a government benefit or a government loan. In addition, the federal government doesn’t endorse the product.

CFPB also accused Aegean Financial of failing to keep records of its advertisements as required by law.

In a consent order, the bureau prohibited the company from implying that it is government-affiliated, and ordered it to make clear and prominent disclosures in its ads; implement a system for following the law, and pay a civil penalty of $65,000.

CFPB made clear more than four years ago that it had reverse mortgage companies—specifically, their advertisements—in its crosshairs.

In a June 2012 report to Congress on reverse mortgage companies, the bureau stated that their “false and misleading advertising poses a serious risk to consumers.” Three years later the CFPB published an advisory warning, reaffirming its concerns. After those “shots across the bow,” the bureau shot directly at the three companies.