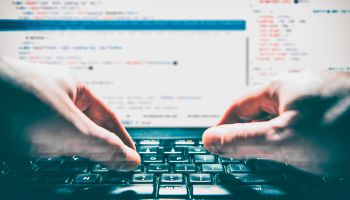 Technological development continues at such a furious and accelerating pace that it also continues to generate a whole new language—making it hard for non-techies, sometimes, to understand what everybody else is talking about.

However, terms taken as a whole sometimes combine to point to where the world is going and why.

What follows is one more of a series intended to highlight some of the newer terms and put them into context. Whether these particular terms will stick or not remains to be seen. However, who would have thought that “cloud”, “tokens”, and “chip and dip” would not only take on completely different meanings from their traditional definitions, but now seem almost everyday?

Hacker—This one seems easy, but is often completely misunderstood. It refers to a person who enjoys exploring the details of programmable systems and how to stretch their capabilities.

It’s actually a very positive term. Note that “hackathons”— high-tech competitions in which coders vie to produce the most elegant programs for legitimate use—are often sponsored by big businesses, including banks.

“Hacker” should not be confused with the similar term, “cracker,” which refers to someone who breaks into someone else’s computer system for mischief, money, or some cause.

Hackers often are employed by banks to test their security systems by finding and disclosing vulnerabilities. Kaspersky Labs, in a recent survey, found that 22% of U.S. adults are more likely to make a purchase if they know a company hired hackers to help boost security.

[Fun fact: The original term for hacker referred to someone who made furniture with an axe.]

Intelligent automation—According to David Schatsky, writing in a Google blog, this is the combination of artificial intelligence with automation.

Intelligent automation systems sense and synthesize vast amounts of information. They can automate entire processes or workflows, learning and adapting as they go. Intelligent automation will power Google’s self-driving cars, for example. It’s also evident in IBM’s Watson, which can ingest and analyze massive amounts of information to respond quickly to complex inquiries.

Post-app era—This is what we are heading toward. “We are witnessing the beginning of the post-app era based on the evidence that users are starting to use fewer apps actively on their smartphones,” says Jessica Ekholm, research director at Gartner. “At the end of 2016, only 33% of survey respondents used six to ten apps a month, which is down 6.2% from a year ago.”

What’s taking their place? Virtual personal assistants, such as Siri and Google Now, in which users simply ask their devices for answers, rather than go through all the trouble of punching a tile on their phone. VPAs were used primarily to check the weather forecast (70%), find nearby or popular places to visit (44%), and read news stories (44%), according to the Gartner survey.

“Being able to enhance services and introduce new experiences into messaging platforms without the user having to download further apps makes them critical real estate for innovation,” says Ekholm.

Cognitive compliance—The preceding two entries relate to this, which applies particularly to banks dealing with the overwhelming morass of regulations they face. An IBM blog by Marc Andrews mentions this term, but it can be found in other sources.

“The problem is that traditional technology is not well designed to understand and manage regulatory compliance,” Andrews writes. “With regulatory guidance being completely unstructured (free-form text in documents), it falls to people to painstakingly read and review countless documents in search of meaningful sections or passages.”

A cognitive computing system, he says, is based on four principles:

3. It learns and improves with each new piece of information.

“Cognitive compliance can dramatically streamline the time and effort it takes to understand the potential obligations driven by constantly changing regulations, and enable banks to be better prepared to put in place the controls required to address those obligations,” Andrews says.

Deep web/dark analytics—Not to be confused with the “dark internet”—which is often used for nefarious purposes—the deep web is where the ever-expanding stores of data from nontraditional sources, such as image, audio, and video files, machine and sensor information generated by the internet of things, and other, often massive, troves of raw data reside, according to a report by Deloitte.

“Dark analytics” comes into play in the sense that it analyzes data that is hidden or undigested. “Dark analytics focuses primarily on raw text-based data that has not been analyzed,” they say.

And there is a lot of data. The authors say the digital universe, comprising the data that is created and copied, doubles in size every 12 months, and will reach 44 zettabytes (44 trillion gigabytes) in size by 2020.

Juniorization—While not strictly a technology term, it puts a human element—and maybe a troubling one—into the technological environment. Mentioned recently in regard to a trend seen in Wall Street banks, it refers to the practice of replacing high-salaried senior executives with younger and lower-paid workers who augment their capabilities with company-provided technological tools.

Greenwich Associates, in looking ahead through 2017, sees juniorization of staffing models and low-touch delivery channels for lower-value clients as the norm. Only high value clients will command the best and brightest resources, it says.

M.J. Craig, writing in the DATIS Blog, comments that the combination of juniorization and technology has emerged as a strategy, at least on Wall Street.

“These organizations are learning that they may not need to pay a senior executive a staggering salary for 20 years of experience and market knowledge if they can find technology that can enable junior colleagues to have access to the same data and information.”

Which, come to think of it, puts all of the aforementioned terms and trends into pretty sharp focus.

See our previous tech terminology blog, “8 tech terms you may not know”

Top Trends in Banking—2017 And Beyond

Tagged under Management, Lines of Business, Technology, Blogs, Making Sense of it All, Feature, Feature3,

John Ginovsky is a contributing editor of Banking Exchange and editor of the publication’s Tech Exchange e-newsletter. For more than two decades he’s written about the commercial banking industry, specializing in its technological side and how it relates to the actual business of banking. In addition to his weekly blogs—"Making Sense of It All"—he contributes fresh, original stories to each Tech Exchange issue based on personal interviews or exclusive contributed pieces. He previously was senior editor for Community Banker magazine (which merged into ABA Banking Journal) and for ABA Banking Journal and was managing editor and staff reporter for ABA’s Bankers News. Email him at jginovsky[email protected]

More in this category: « Customers buy experiences now, not products and services Customers and banks: Why can’t they all get along? »
back to top