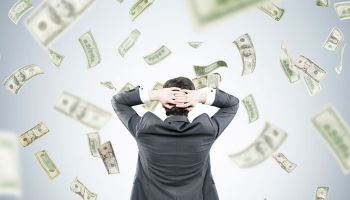 Washington's sending your bank money! Before you decide where to put it, remember where it came from in the first place. Jeff Gerrish suggests a key way to make your bank's decision.

“What do we do with the tax windfall resulting from the new tax law signed by President Trump?”

That question has come up frequently as I have met with numerous community bank boards of directors over the last few weeks.

First things first. What is the windfall?

The windfall basically involves paying reduced corporate taxes as a result of the federal corporate income tax rate dropping from 35% to 21%.

If you are a $500 million bank with a 1% after-tax return on assets ($5 million net income), that means, assuming your community bank pays tax at the highest federal rate, your pre-tax income would be approximately $7,692,000. (I’m rounding a little for simplicity.)

The issue at hand is what to do with that “windfall,” assuming it repeats itself year after year. (That’s barring any additional changes to the tax law, of course.)

Now, who gets the largess?

My fundamental recommendation to community bank and holding company boards of directors is to think about their real duty—to enhance value for the shareholders.

That generally involves determining whether the strategic actions taken by the board serve to improve earnings per share, return on equity, share liquidity, and shareholder cash flow, as well as whether the actions are “safe and sound.”

Assuming we are all operating within that framework, what does the community bank do with the tax windfall?

As the press has reported (certainly the trade press, at least), many banks, the large ones in particular, have decided to take a portion of the “windfall” and give it to their employees in the nature of $1,000 bonuses or increases in the minimum starting wages at the bank (often to the magical $15.00 per hour number).

Is that the best thing to do with the windfall?

Give employees something … or don’t?

I was recently engaged in a discussion with one community banker who told me he thought such banks (the $1,000 bonus banks) were acting in a very “bizarre” fashion.

His reasoning? What are those banks going to do if the tax laws change and the rate increases to 30%? Are they then going to penalize the employees?

This individual’s position was that employees did not have anything to do with the tax change. As a result, he said, they should not get some unearned reward from it.

No plan fits all banks

Why? Because what’s “right” varies from bank to bank.

The analysis has to begin with identifying all of the alternatives that exist with respect to the increased community bank income resulting from the reduction in tax expense stemming from the change in the corporate income tax rate.

• Should some of this benefit flow through to the employees? Bear in mind that employee benefits come in multiple forms, not simply one-time bonuses or minimum wage increases. Other employee benefits include an ESOP or a KSOP that would allow the employees to participate in long-term ownership. Those are all viable alternatives.

• Another alternative is to return the windfall to the shareholders by increasing C corporation dividends, increasing S corporation distributions, or redeeming shares of the community bank holding company. (See my earlier blog, “Setting things straight on Sub S status” for key ideas on that score.)

There is no “right” or “wrong.” It really depends on each particular community bank’s needs.

If a community bank has no prospects or need for geographic expansion; has sufficient capital to take advantage of new initiatives and growth projections; and is generally comfortable with its dividend/distribution levels, then benefiting the employees may make sense.

If, however, a community bank while attempting to enhance shareholder value finds an allocation of capital that makes sense to sustain long-term profitability, then allocating the tax reduction income to a one-time employee benefit may not make the most sense.

Decision involves a key board duty

As you can see, at least from my perspective, under the umbrella of enhancing shareholder value, the tax windfall that will be experienced by community banks triggers a strategic decision for the board of directors. No matter how you slice it, the bank will experience an increase in income, and the board of directors needs to determine how to allocate that capital.

There is no special method unique to the tax windfall. It is simply a capital allocation issue.

If the board believes giving bonuses to employees will serve to enhance shareholder value or otherwise improve reputation in the community and thereby enhance franchise value, then the board should make that affirmative decision.

If it wishes to invest in something else that will enhance the long-term value for the company—technology, different lines of business, or otherwise—then the board should do that.

Regardless of the ultimate allocation, the key is for the board to make a strategic decision, not to simply “follow the pack” and dish out some of that money to employees.

More in this category: « Setting things straight on Sub S status Big broom in the boardroom »
back to top