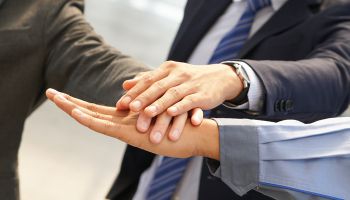 Regulators are signaling that banks do not need to rely on expensive models from third-party vendors to comply with an upcoming accounting standard, and there could be additional guidance in the near future to address bank concerns.

Bankers have expressed concern and agitation about the new standard, known as current expected credit loss, or CECL, which will become effective in 2020.

CECL requires that banks reserve for losses expected over the life of a loan using historical data. In preparation for the new standard, some banks have reached out to third-party vendors to build sophisticated models to calculate loss expectations.

Regulators at the American Bankers Association's annual conference said many banks did not need to spend significant money for third-party models.

"We don't want you running out, hiring consultants and getting complex models. That's not our supervisory expectation," said Todd Vermilyea, a senior associate director in the Federal Reserve's supervision and regulation department.

Another regulator on the panel echoed the sentiment. Toney Bland, senior deputy comptroller in the Office of the Comptroller of the Currency, said banks should be able to rely on their historical performance even if the history consists of years upon years of clean performance, suggesting a very low reserve.

One banker in the audience expressed concern that a CECL model could suggest a very low reserve and that a banker might ignore the model to assign a higher level of reserve, which could create regulatory blowback since the bank is not following the model.

"No, we won't argue with that," Bland said, adding that banks will not be expected to "go to infinity" to find justification for a reasonable reserve.

"I am concerned that there are some community banks that are actually paying for models because they're being told that's what regulators are expecting," Bland said.

The Fed's Vermilyea implored the bankers in the audience to consult the Fed's existing guidance and training on CECL rather than reach out to third-party vendors. He also suggested there could be additional guidance forthcoming.

"We believe that modified versions of things that look normal to y'all could work. We need to clarify our guidance around that; we need to step up our communication," he said.

The regulators emphasized that they were hearing bankers' concerns about CECL and wanted to help ease the transition.

"One of the takeaways from this conference for me is [that while] I understood that there was a high level of angst on this topic, I've revised my expectations upward," Vermilyea said.