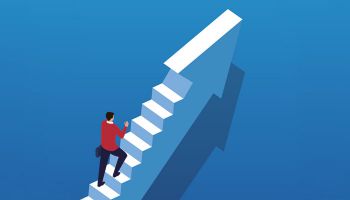 The Comptroller’s Office responded in detail today to a Jan. 17 letter sent by seven Democratic senators who had claimed that the agency had failed to follow up on internal recommendations following the Wells Fargo sales scandal.

The agency’s letter, signed by new Comptroller Joseph Otting, opened by thanking the seven, “for the opportunity to correct the errors and misperceptions in your letter…”

Otting, a week earlier during a press conference unveiling the agency’s latest risk report, had said he’d found the letter disturbing for its inaccurate information and the manner of its release.

He expanded on this point in the agency’s Jan. 25 letter: “Had we had the opportunity to respond prior to your letter being provided to reporters and made part of press releases, I could have assured you that your ‘serious concerns’ were unfounded and your reference to the ‘OCC’s continued failure to implement its recommendations’ is completely inaccurate.”

The senators’ Jan. 17 letter had been a follow-up to an OCC internal report issued in April 2017, “Lessons Learned Review Of Supervision Of Sales Practices At Wells Fargo.” The report had identified weak points in the supervision process and made recommendations to fix them.

The senators’ letter stated that “the Review identifies significant deficiencies in the agency’s supervision of Wells Fargo and recommends specific changes to ensure proper and effective supervision of the nation’s largest banks, however, the OCC has taken no steps to implement the recommendations leaving customers susceptible to predatory sales practices by these institutions.”

The signers of the letter included Sen. Elizabeth Warren (D.-Mass.), who has kept up an ongoing stream of criticism of Wells Fargo since its past fraudulent sales practices came to light publicly. On more than one occasion she has called for dismissal of its board.

Both the internal review and a “horizontal review” of sales practices at large and midsized national banks were initiated under former Comptroller Thomas Curry. (A horizontal review is a special purpose focused exam into a specific matter conducted across a group of banks.) The senators’ letter stated that the results of the review had not been made public.

In OCC’s response, Otting stated that OCC had completed actions to address eight of nine lessons identified in the review. He said the ninth would be completed by June 2018. The letter included a multi-page table detailing recommendations and actions completed. Dates of completion were included as well, where applicable.

Regarding the horizontal reviews, Otting stated, “The work was conducted in three stages and is nearing completion. The horizontal review did not identify systemic issues with bank employees opening accounts without the customers’ consent. Where isolated instances occurred, banks had already corrected the issue or are in the process of doing so.”