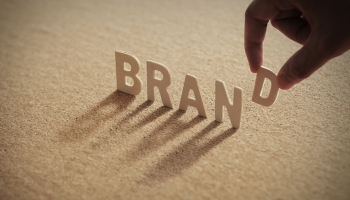 The total brand value of the world’s 500 biggest banks has dropped for the first time since the financial crisis – with US banks seeing their value tumble by 5% year-on-year.

The annual Brand Finance Banking 500 ranking by London-based consultancy firm Brand Finance, revealed the combined brand value of the banks fell from $1.36 trillion in 2019 to $1.33 trillion this year as shaky economic conditions and political challenges such as Brexit hit banks’ enterprise value.

While five American banks made the top 10, the US sector’s brand value declined overall to $281.1 billion in 2020 – a 5% decrease from the previous year.

Nevertheless, China and the US dominate the rankings and account for the highest share of global brand value in the sector, with China clocking up $412 billion.

A total of 75 US banks featured in the top 500, with Wells Fargo remaining the top brand in the US, with its brand value increasing 2% to $40.9 billion.

However, ranking fifth in the table, Wells Fargo’s brand is half the value of the Chinese bank ICBC, which retained the top spot as the world’s most valuable banking brand, breaking the $80 billion mark.

Wells Fargo has overcome a string of reputational setbacks to relaunch its brand, including a new visual identity and multiple changes in its senior management structure.

Other banks in the top 10 include J.P. Morgan, which climbed one place to number 10 after it saw a massive 15% increase in its brand value to $22.8 billion, the second highest rise in terms of cash amount ($3 billion) across the whole ranking.

While the big US banks all recorded strong profits in 2019 thanks to the turnaround in the financial markets, lenders were vulnerable to repeated interest rate cuts by the Federal Reserve.

Last month, Bank of America’s chief financial officer Paul Donofrio admitted the firm’s net interest income would decline through the first six months of 2020. The bank is especially vulnerable to rate movements due to the composition of its balance sheet.

Meanwhile, Merrill, which has dropped the “Lynch” from its name, has increased its brand value by 10% to $7 billion, climbing five places to number 43.

The bank has enjoyed strong growth in new client acquisitions, boosted by an aggressive hiring program and the cross-selling of Bank of America products.

Brand Finance used the ‘royalty relief’ approach – a valuation method that estimates the likely future revenues attributable to a brand – to rank the banks.

“The brand performance of established banking markets is a reflection of the fragile global economy and political landscape as well as the expectation of a downturn.

“But it also represents banks’ ongoing challenge in adapting to increased regulatory and technological change within the industry.”

In Canada, the leading bank by brand value is TD, which jumped four places to 13th and saw its brand value grow by 15% to US$16.1 billion.

According to these criteria, Indonesia’s BCA bank has the sector’s strongest brand. BCA is one of the biggest banks in the ASEAN region, with a low percentage of non-performing loans and a high return on equity.