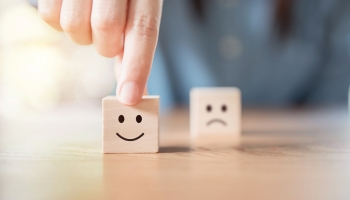 US bank customers have registered high levels of satisfaction with their banks during a year overshadowed by the pandemic, according to a survey from the American Bankers Association (ABA).

Conducted by Morning Consult earlier this month and released as part of the association’s Unconventional Convention, the survey showed that 89% were either “very satisfied” or “satisfied” with their primary bank.

Three quarters (76%) of the 2,200 respondents said they were satisfied with their bank’s response to the COVID-19 outbreak, while 71% said the wider banking industry’s response had been “good” or “excellent”.

Banks have taken a wide range of actions to assist customers through the economic and financial impact of the pandemic. These have included waiving fees and charges, deferring payments on loans and credit facilities, suspending foreclosures, as well as facilitating government-backed support such as Economic Impact Payments and the Paycheck Protection Program (PPP).

However, only 36% of customers reported being aware of the programs available to them from the government or their banks. Of those that were aware of the support measures, only 34% said they had utilized them.

Offering support through the pandemic had a positive impact on customers’ views of their banks: 83% reported that they viewed their bank somewhat more favorably or much more favorably after they became aware of the assistance options.

“Banks have worked day and night to help businesses and individual customers affected by this public health crisis, and this new survey shows that their efforts have not gone unnoticed,” said Rob Nichols, ABA president and CEO.

“Whether it’s waiving fees, modifying loan terms, or burning the midnight oil to ensure that small businesses around the country got the loans they needed to retain their employees, banks have gone the extra mile to help their customers and communities weather this ongoing storm.”

The results provide a boost for the banking sector after surveys earlier this year indicated a fall in customer satisfaction.

In June, Greenwich Associates found that one third of small- and mid-sized companies were considering switching their bank in the wake of the pandemic, citing banks’ ability and willingness to process PPP loans.