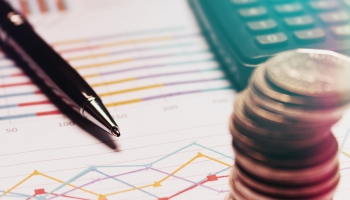 Major US banks extended fewer loans to US small businesses from their own balance sheets over the past year, new figures show.

JPMorgan and Wells Fargo were among the biggest lenders to post a drop in SME loans between Q3 and Q4 2020, according to their quarterly results published last week.

The figures chimed with a data released by Biz2Credit’s Small Business Lending Index, which found that approval percentages — from all banks — were down more than 50% between December 2019 and December 2020.

In its Q4 earnings, JPMorgan confirmed that its loan book failed to grow between 31 December 2019 and the end of 2020. According to the bank’s consolidated balance sheet, loans net of allowance for loan losses stood at $984.5 billion as at 31 December 2019, a figure that remained unchanged a year later.

Despite that, the bank noted it extended $28 billion of loans to companies through the government’s Small Business Administration’s Paycheck Protection Program. JP Morgan does not have ultimate liability for these loans, should they not be repaid.

Jamie Dimon, chairman and CEO of JPMorgan, stressed the uncertainty of the current economic environment, saying that the bank would be able to withstand an economic landscape “far worse than the current base forecast by most economists”.

Wells Fargo’s chief financial officer Mike Santomassimo said on the Q4 earnings call that the decline in loans was driven by lower industrial and commercial lending as “demand remained weak” amid a soft economic background.

Biz2Credit’s CEO Rohit Arora explained that many companies were scared to apply for loans at the moment because they feared their applications would be rejected.

He said: “Even though many companies are operating at a loss and need capital, they are discouraged from applying for funding because of the likelihood of rejection as approval rates drop and because there is so much economic uncertainty caused by the coronavirus.”

The latest quarterly earnings reveal that banks have decreased their loans to businesses in an effort to stockpile cash, improve their capital position, and strengthen their resilience. Some have also opted to tighten underwriting to protect themselves against losses from pandemic-struck organisations.

Despite this, JPMorgan, Citigroup, and Wells Fargo recently cut their allocated reserves for loan losses by upwards of $5 billion, suggesting that the banks believe that the newly announced fiscal stimulus package will help small businesses meet their repayments. Six of the largest US banks had initially set aside $35 billion to cover loan losses in the first half of 2020.f

An additional round of relief loans has been brought in by Congress, with the second lending programme allocating $284.5 billion in forgivable coronavirus relief loans. Within this, £137 billion has been set aside for “second-draw” loans, intended to be lent to small business who have been most affected by the coronavirus.