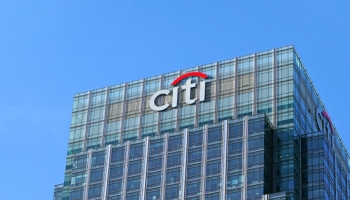 Citigroup has announced plans to wind down its UK retail banking unit as part of a wider strategic shift.

The bank this week said it would invite its wealthier clients to transfer to its private bank, according to the Financial Times. In a statement to the newspaper, Citi said it was in talks with staff about the implications of the closure, adding that most clients would not be affected until next year.

Citi has only one branch in the UK, in the Canary Wharf area of London. According to Bloomberg, the move is not expected to have any material financial impact on the company. Jane Fraser, Citigroup’s CEO, has been rationalizing the company’s structure by exiting markets and businesses that are not considered core parts of its strategy.

In a statement this week, SVB said Silicon Valley Bank UK Limited had become a wholly owned subsidiary of SVB Financial Group and had appointed its first dedicated board of directors.

Greg Becker, CEO of SVB Financial Group, said the company had “witnessed significant growth of the innovation economy in the UK over the past decade”. “Accordingly, SVB has also experienced outstanding growth in the UK leading to the transition to a subsidiary business based on our size,” he added.

The UK business is led by CEO Erin Platts, who was previously president of the bank’s UK branch and head of EMEA. SVB now has more than 650 employees in its EMEA operations, including in the UK, Germany and Denmark.

CEO Platts has worked for SVB for more than 18 years and has been involved in the UK operation since 2007.

“As we have expanded our role within the UK as the go-to bank for innovators and investors, we have hit an inflexion point and an important milestone in our growth,” Platts said, “yet the emphasis of our business remains the same: to deliver a comprehensive financial platform for our clients and the growing innovation economy across EMEA.”

Darren Pope has been named chair of the UK company’s board. He was previously chief financial officer of UK bank TSB, and helped orchestrate its spin off from Lloyds Bank.

The three other independent non-executive board members are: