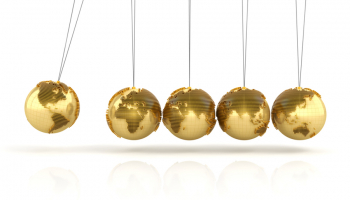 The monthly snapshot, which is part of Brookings database on the global bonds market, found that 217 impact bonds were contracted globally including 204 social impact bonds (SIBs) and 13 development impact bonds (DIBs) spanning 35 countries.

The top three impact bonds by sector in October was social welfare which addresses homelessness, poverty reduction and child and family welfare, followed by employment and health. The least popular impact bond was environment and agriculture.

Most impact bonds were concentrated in North America, UK, and Portugal as each of these countries had over 16 bonds contracted. This was followed by Canada, France, India, Australia, Germany, Finland, and Japan which had between three and 15 impact bonds.

Critics have been cautious about impact bonds in their role as a financer of social services.

It has been widely reported that the impact bond market has grown, despite a lack of evidence.

Emily Gustafsson-Wright, senior fellow in the Global Economy and Development program says that there is no “rigorous evidence” to prove the benefits of impact bonds outweigh the costs.

Impact bonds also have another complicating factor, focusing on interventions that prevent negative and expensive outcomes in the future that are difficult to correlate with an economic return figure.

Gustafsson-Wright said: “We don’t know the counterfactual – what would have happened in the absence of the impact bond – and we don’t know if there is a cheaper way to get those outcomes and ecosystem effects.”

Although the benefits of impact bonds include bringing actors to the table that otherwise would not be working together, added Gustafsson-Wright.

Elsewhere, the green bond market is thriving and is expected to top $2trn in the next couple of months.