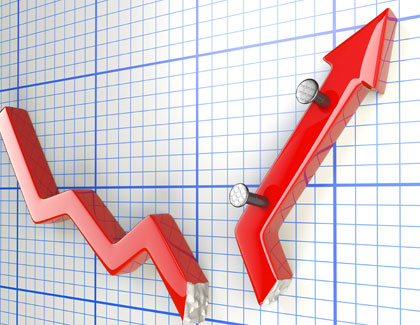 Dodd-Frank's Section 939A and associated rules force community banks to shift justifications for municipal bond choices in portfolio, as well as other investments.

Investment ratings, long relied upon for non-government-backed investments, can no longer be used as the sole support of evidence for creditworthiness of bonds. This provision of the Dodd-Frank Act went into effect on Jan. 1, 2013.

While this provision affects all non-agency-backed securities, the greatest impact for most community bankers will be in addressing how they monitor and purchase municipal securities.

Why? For most community bank investment portfolios, corporate bonds or asset-backed securities typically represent smaller allocations of investment dollars. Municipals, on the other hand, can represent as much as a third to half of some portfolios.

Prior to January 1, many banks explicitly relied upon the rating of the underlying bonds being above investment grade--with that grade sometimes being supported or enhanced by an insurance provider with little to no added assessment or analysis.

Dodd-Frank has not outlawed the use of ratings or consideration of insurance as part of the purchase consideration. But clearly complete reliance on the agencies for a credit assessment, with nothing else, is no longer acceptable.

The newness of the rule--required by Dodd-Frank's Section 939A--combined with the lack of regulatory field experience has left many in a bit of a quandary. (An example of the resulting rules and guidance can be found on the Comptroller's website here.)

1. What is acceptable documentation of municipal holdings and purchases?

2. What does my pre-purchase analysis need to look like for my process to be deemed acceptable?

As bankers wrestle with this issue, numerous questions abound as to what practices and standards will be deemed acceptable going forward from 2013.

Some banks have taken a rather stringent interpretation of the new rules. They presume that a full-blown credit analysis, with specific approvals, must be completed prior to purchase--much the same as underwriting a new loan.  While this approach is almost certain to be acceptable, it is also likely to result in bonds being traded away prior to completing all the necessary steps.

While the development of acceptable standards is still clearly evolving, there are some common sense steps that many banks are taking to assess the credit on a given deal.

Current financials are the first necessity to underwriting a bond as if it were a loan. However, in most instances "current" financials for states, cities, and towns are usually quite stale, especially when compared to what bankers are accustomed to receiving from a prospective loan customer.

Financials are statutorily required annually in most cases for municipal bonds and are likely to be a year old--often issued right before the deadline, if they are available at all. The process and time involved in tracking down the financials themselves may prove to be quite time consuming, particularly if part of the pre-purchase analysis, and may also prove to be too little, too late.

Dig into the details of the ratings

This shortfall leads us to consider other more practical avenues.

For example, more often than not, for bonds that have been rated by Moody's, S&P, or Fitch, there is a write-up that supports the rating. It is important to note that while most banks are not explicitly tying themselves to the investment grade rating, being investment grade is still one of the pre-purchase criteria as well as an ongoing evaluation metric.

This write-up, particularly if written within the past year, will typically have a good deal of the financial components necessary to start an analysis of the bond. This is likely the easiest starting point for any pre-purchase analysis of municipal bonds, as well as important for the file as it is rather comprehensive and should be readily available at the time a bond is shown. Note, this requires careful review and understanding--maybe even a memorandum from the investment officer noting important details and an independent assessment.

There are also many services and third-party solutions that have databases of municipal securities that may be used as sources of information without considering the published rating.

And some banks may elect to have qualified third parties perform this review on their behalf. It is important to note that the decision making for buying the bond cannot be delegated to a third party, though the analytical work can be outsourced.  In these cases, the bank is still responsible for ascertaining the qualifications of the third-party and maintaining documentation for the assessment of the credit risk.

Another good piece of documentation might be the prospectus of the deal, particularly if the bond is not rated by a third-party (at least for ongoing documentation).

Other information, as available, should be considered, such as the city, state, and history of performance with similar issues. Also, population trends, demographics, unemployment rates, taxing authority, project nature, etc., are all key considerations that should be reviewed and documented. Again, this is going to be even more critical on bonds that are unrated and/or issued by smaller, lesser-known government entities.

Additionally, as part of the ongoing assessment of a portfolio, it is probably wise to consider reviewing and analyzing your municipal portfolio by geography, type, rating, and other relevant information in order to supplement your overall risk assessment.

If your bank isn't already doing this or is only doing it informally, it should be done formally, at least annually, with policy consideration being given to concentration limits and guidelines beyond just noting the institution's tolerance for municipal exposure as a percentage of the portfolio or capital.

Some banks have engaged an independent third party to review and re-rate their portfolios annually. Others seem to be going the route of using one or two broker assessments as an added form of independent risk monitoring. This presumes that the broker's credit department is separate from the selling broker.

Pre-purchase analysis: What to do?

As noted earlier, it is important to set up a process that meets with the spirit of the law as well as the intentions and risk tolerances of your institution.

This does not have to mean a fully-documented analysis prior to purchase nor does it mean that board members need to vote and approve every issue being purchased in advance. (You could require all of this as a matter of policy and procedure but it will likely prove to be less fruitful in actually acquiring bonds.)

For documentation requirements (pre- purchase credit assessment) we are seeing many banks use the most recent write-ups provided by ratings agencies as a quick source of financial data, performing a cursory review, and approving the purchase with proper standards being met. For some, the critical elements and questions that need to be answered are outlined in a checklist as part of the pre-purchase documentation with a post-purchase ratification by the board or executive committee.

Many banks have also gone further in outlining the types of bonds they will not buy.

For example, a revenue bond supported by a known municipality's tax base for repayment is likely to be a lot more solid than a waterpark for a town or county for which a bond has been floated. Special rules may be put into policy: For example, maybe there are certain states that are viewed as potentially more distressed than others and thus they are excepted from the delegated authority.

Some banks may prefer to remain more local, given a stronger knowledge of the city, town, or entity involved. These are all viable parts of the pre-purchase analysis and overall controls to ensure that only securities, more likely than not to fully meet the bank's criteria, are actually being purchased.

Jury's still out on what's acceptable

It is still difficult to tell what will be deemed appropriate in the eyes of the examiners as they make their rounds to community banks and assess the state of compliance with Dodd-Frank in this regard. It seems, at this point, that they are developing their own sense of "best practices."

But you can't stand still waiting for definitive answers. Thus it is important to at least begin to populate your files with some meaningful information that would seem to serve the spirit of the law, at least in some practical matters.

While the information will not be as fresh and detailed as what you may get from a commercial loan applicant, you may find that the information available is more than appropriate and will improve the management of credit risk in your portfolio, as well as comply with the provisions of Dodd-Frank.